Sextile is a harmonious creative aspect, and the participation of Mercury and Uranus in it suggests that the owner of the horoscope has extraordinary intellectual abilities.

The astrological forms of Uranus and Mercury reveal a lot in common. If Mercury is a word, thought-form, speech, then Uranus is a sudden insight, guess, find. Uranus is considered the highest octave of Mercury. Thanks to the influence of this luminary, the most important discoveries are being made in the world that make the life of mankind more prosperous, easy and comfortable.

The planets that have united their influences endow man with resourcefulness, ingenuity and progressive aspirations. 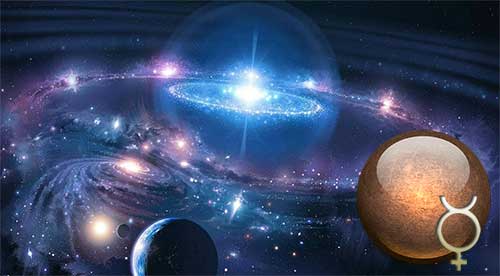 Aspect and its impact on humans

A person whose birth chart contains this aspect attracts attention due to the independence of the mind, original behavior and sociability. The owner of the horoscope loves to interact with people. The tone of the conversation is friendly and the topics of conversation are unusual. The native avoids patterns in behavior and thinking. His speech is rich in newfangled words and fresh images. Often, such a person expresses ideas that no one before him dared to mention.

A native, despite all his friendliness and companionship, will not assent to his immediate surroundings. If his opinion is at odds with those of others, he will maintain the status quo, showing loyalty to other people's views and securing the right to think as he sees fit.

The mind of such a person is universal. He can prove himself as a talented scientist-inventor, successful programmer, engineer, erudite blogger, enthusiastic teacher, etc. If the native devotes himself to literary activity, then the creations of such a person are a breath of fresh air. In them, he does not so much fantasize as looks into the future, anticipating many events.

Often such a subject is interested in space exploration, astronomy, astrology, aviation. Whatever the owner of the aspect does, his intellectual creativity has a humanistic orientation. He thinks, writes and speaks for people, for their benefit and enlightenment. A native feels happy when his creations contribute to the progress of society. Therefore, he can achieve the greatest success in socially oriented activities.

A child with this aspect does not need to be forced to learn. He is inquisitive and inquisitive by nature. The range of interests of the baby is quite wide, and adults only need to slightly guide the development of his intellectual abilities and create favorable conditions for learning.

Such a child can learn to read early, because he wants to independently master new horizons and layers of knowledge. The world of electronic devices, computers and the Internet also attracts a curious crumb, but the time of using gadgets still needs to be strictly regulated.

The small owner of the aspect will love intellectual games (especially of a team nature). He will love solving riddles and crosswords. Parents should be humorous about the unusual words and expressions that their baby comes up with.

Interaction of planets in some zodiac signs

The good aspect between these luminaries manifests itself in all its glory if Mercury has essential power.

An example is the sextile formed by Mercury in Gemini and Uranus in Aries. Extraordinary contact, curiosity and sociability are combined here with strong intuition, progressive aspirations and originality of the native's mind. A person with this aspect has no value in any creative intellectual, inventive and research activity.