Trigon (Trine) is an aspect that opens up wide prospects for the owner of the horoscope. If the configuration is formed with the participation of Mercury , then a person fully realizes his intellectual abilities.

An interesting case seems to be when the evil star Saturn forms a harmonious aspect to Mercury. This relieves the native of laziness, contemplation and blind contentment with his abilities. Saturn makes you work on the development of natural talents, hone your skills and constantly improve the skills you have acquired.

Mercury is responsible for speech and thinking. The constructive influence of Saturn on Mercury contributes to the fact that the native strives for clarity and precision in everything. Such a person not only knows how to structure the information received, but also organizes business processes well. His speech is logical, reasoned and contains links to facts. The subject is responsible and does not throw words to the wind. 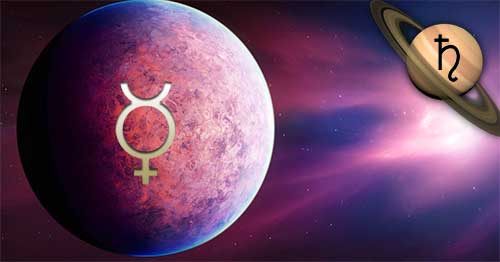 Aspect and its influence on personality

Others believe that the owner of a harmonious aspect between Mercury and Saturn has a clear, deep mind and good business skills. He is used to the fact that the process of acquiring knowledge is not a quick matter, and therefore takes any study very seriously. Knowledge is acquired slowly, but the native knows how to build it into a clear system and then apply it in practice. A person with this aspect voluntarily studies only those areas of knowledge that will be useful to him in the future.

The owner of the horoscope knows how to concentrate on the goal. In her name, he will give up entertainment. A native will not waste his precious time chatting and communicating with strangers. But he willingly maintains promising business contacts and partnerships.

In business, such people demonstrate caution and prudence. The secret of their success in work lies in the fact that they put everything around them in order, act strictly according to plan and always pursue specific goals. Such a person is able to earn the authority of a knowledgeable person and an experienced employee. He knows the norms and rules adopted in this community, strictly follows the instructions and orders of his superiors.

Such people can achieve good results in the role of office managers and organizers, as well as prove themselves in any exact sciences.

The trigon of planets in the child's horoscope

If there is this aspect in the child's natal, then you should not be surprised if he comprehends this or that educational material for a long time. Over time, adults will understand that their child, although unhurried, still has a good memory and pronounced logical abilities.

The learning process will be successful if the teacher focuses on the constant repetition of the educational material and will support the theory with various facts. New information should be presented in the form of tables, graphs and diagrams. Children with this aspect can achieve the greatest success in mathematics and any exact disciplines.

Trine in some zodiac signs

Trigon (Trine) is an aspect that unites the signs of one element. The owner of the horoscope is aware of his strength in a certain area and easily uses his innate abilities to achieve success in his chosen activity.

Imagine that the trine combines the influence of Mercury in Gemini and Saturn in Aquarius. Such a constellation endows the native with sociability, contact and curiosity. At the same time, he knows how not only to make the necessary acquaintances and conclude important agreements, but also skillfully organizes people for joint affairs. In the process of work, the native correctly prioritizes and highlights the main thing.