Venus in the 11th house

Venus, located in the 11th house of the natal chart , brings many good friends, well-wishers and like-minded people to the native. This kind luminary makes a person popular in a team. He will be accompanied by good luck and success in all types of group and social activities.

Venus is a financial planet, and if it is harmonious and strong in quality, then such a person is often looked after by friends and superiors. The most unusual but promising ideas can find sponsorship and, ultimately, become a reality.

Features of the character and behavior of a person

Venus in the 11th house of the horoscope informs the native of a benevolent, cheerful, sociable and peaceful character. Such a person does not like boring gray everyday life and solitude. He is really comfortable with good acquaintances and friends. Here he can express his most daring thoughts, talk about culture, art and politics, and his opinions and views will most often be greeted favorably.

Such a person loves to invent and organize collective entertainment, parties, trips to the cinema, museums, exhibitions and concerts. He believes that friendship, spiritual unity and creativity are the most beautiful things that can connect several people. The owner of the horoscope is also inclined to be friends with their superiors. Help, protection and support can suddenly come from them.

Holders of Venus in the 11th house often become supporters of social transformation and active participants in social movements. They can volunteer in orphanages, take care of nature conservation, organize shelters for abandoned animals.

Venus and some signs of the zodiac

The stronger the said luminary, the better the friends of the owner of the horoscope. Venus in Taurus , Libra and Pisces will tell you about balanced, kind, smart, funny and creative friends, with whom it is always interesting to spend time. They will inspire new things, charge you with positive and instill hope in a successful outcome in life. The owner of the horoscope is himself a loyal and devoted companion. He will always listen, help with good advice and lend a shoulder in difficult times.

If Venus in the 11th field is weak (for example, Venus in Virgo ), then the native may be too petty, picky and critical of friends. It is difficult for him to maintain harmonious and stable relations with them, since at times they show their negative qualities: prudence, coldness, mental stinginess and indifference. 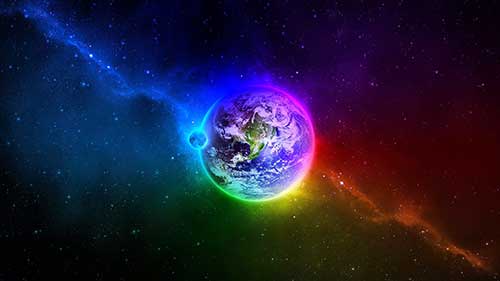 Venus in the 11th house of a man

Venus is one of the indicators of marriage and relationships in the man's radix, and her location in the freedom-loving 11th house is not always good for her personal life. The exceptions are cases when the luminary has only harmonious aspects. The owner of the horoscope can get to know the future spouse with friends, during a holiday or a group event.

Venus in tense aspects in the 11th house is one of the indications of breakup and divorce. The subject at some point ceases to appreciate and hold on to the partner and allows the woman to leave. It also happens that a man himself initiates a break, feeling that his freedom is being limited.

Venus in the 11th house of a woman

The owner of the horoscope is smart, independent, friendly and gets along well with others. Such a woman has many girlfriends and friends. She does not like to sit at home, because there are so many wonderful events and interesting moments that can be shared with people dear to her heart.

A woman with Venus in the 11th house can be too freedom-loving at times. If the planet in the 11th field is weak and damaged, then it is difficult for the owner of the horoscope to maintain a permanent relationship with a partner. The union can be destroyed due to the excessive influence of friends on the woman's personal life.