Heliotrope – the magical properties of the stone

Heliotrope is a semi-precious opaque mineral of the chalcedony class with a unique color palette – a bright blue-green base includes stripes and blotches of scarlet, cherry, burgundy-orange. It was known for many centuries before Ancient Greece, but it was the Greeks who gave it the name, meaning “the rotation of the Sun”, having discovered that certain rituals with this stone are capable of changing the weather. They believed that the Sun god-Helios controlled the heavenly chariot with a rod made of this mineral.

The heliotrope has other names:

In Egypt, Greece and Rome, gems of a green-red mineral with the image of bats were worn by representatives of the nobility, healers and magicians. Such jewelry was believed to protect against demons. In Enlightenment Europe, such signs were found among Masons, and sorcerers wore heliotrope in the form of massive rings to increase personal magical power during rituals. The stone is able to help subjugate another person to their will, therefore, jewelry made from it was often worn by women seeking power over men, both noblewomen and representatives of the most ancient profession.

Heliotrope can be seen in large numbers in the frescoes and stained glass windows of Catholic churches. 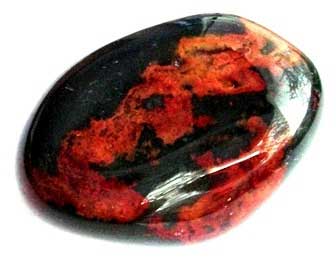 Heliotrope has long been companions of black magicians due to its tough powerful energy and lack of empathy with the owner. He helps to achieve the goal if a person has willpower that exceeds his own energy, and is able to order him to help.

In this case, the heliotrope gives its magical abilities to the sorcerer, whose power increases many times over. Therefore, ruthless adherents of dark forces often use it in their rituals, but the power of the mineral can also be directed to good deeds, the main thing is to fully believe in the correctness of their actions.

For suspicious and insecure people, heliotrope is dangerous, it will take their vital warmth for itself and can even cause clouding of mind. However, this can only happen on contact with the skin during prolonged wear. The powerful protective properties of the mineral can be exploited by placing one or more specimens in the southeast and south of the house. This will attract wealth to the family and create an invisible protective shield for the inhabitants of the home. 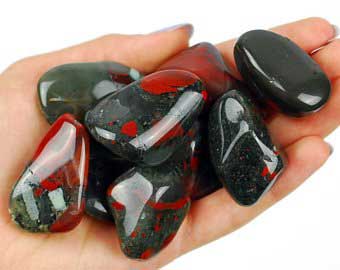 In the Sumerian chronicles of the 3rd century BC. there is a record of the amazing property of heliotrope to stop blood, which was successfully used both for wounded soldiers and for women in labor. The stone was taken from a reservoir of cold water and allowed to be held by the patient in his left hand. Water infused with heliotrope was used both for external ablutions and as a revitalizing drink. These recipes can still be used today. Modern lithotherapists note that the powerful inner power of the stone is able to heal energetically:

In the case of an acute process, the stone should be placed directly on the sore spot or held in a fist, for example, in case of poisoning, since it effectively cleanses the body of toxins. Heliotrope jewelry accelerates the process of hematopoiesis, strengthens the immune system and gives the wearer an inexplicable charm.

A woman who has good contact with a stone must certainly put it next to her during confidential conversations with difficult children, heliotrope will certainly help to find a common language with them. 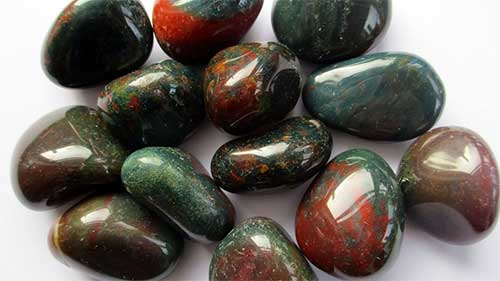 Heliotrope is considered a stone with a difficult character, because astrologically it is associated with three planets – Saturn , Moon and Venus , which makes it stronger than most minerals, but it is not easy to manage such a contradictory energy fusion. It is necessary to give up self-interest and resentment, believe in goodness and be strong. The stone especially favors:

Rakam – clears them of excessive emotionality, leaving a pure stream of power to achieve goals;

Sagittarius – supports their desire to earn big money while enjoying their favorite job;

Aries – helps to concentrate on multiple goals, without being overwhelmed by trifles, and work hard.

The Babylonian gem is not an assistant in love affairs, despite the connection with Venus, but it awakens sensuality and determination to conquer the object of passion. However, he can make Lions and Scorpios overly aggressive and selfish, and Taurus – greedy, in this desire. They shouldn't wear it for long.

The rest of the signs get along well with heliotrope if the necessary conditions are met. It will also help to establish a personal natal chart with Venus and the Moon affected (square and opposition with hostile planets or location in fire signs), especially in square with Saturn, since it combines the positive manifestations of their energy.