Jupiter-Uranus square. In the heat of illusion and passion

Planets united by an aspect at an angle of 90 degrees are in tension and cause problems and difficulties in the native’s life. They can only be overcome by tireless work on character and controlling destructive emotions. This is especially true for the owners of the Jupiter-Uranus square, who constantly get into trouble because of their temper, willfulness and conceit.

Their impulsiveness, belief in their exclusivity and adherence to dangerous forms of religions form an explosive mixture. They reject the sober advice of well-wishers, welcoming sycophants and hypocrites. Life in captivity of illusions turns into shame and a collapse of hopes, if you do not find a fulcrum and a real use of abilities in time.

The danger of Jupiter-Uranus square

A native is able to reach incredible heights in life, because he believes in the uniqueness of his destiny, is full of enthusiasm and has a strong will. Confidence, bordering on contempt for generally accepted authorities and norms of behavior, allows him to open any doors and be on an equal footing with presidents and millionaires. A quick career takeoff is hampered by the lack of a sense of proportion. Neglecting the conventions and rules of etiquette, he strives to get the main thing impulsively, without thinking over the details. As a result – loss of reputation, legal problems, loss of property.

The owners of the Jupiter-Uranus square hate monotonous work, throwing these responsibilities onto their faithful followers. Striving for adventure and vivid emotional sensations, they live quietly at the expense of lovers or friends, believing that the whole world owes such an exceptionally talented person, and are very surprised when they encounter dislike or rejection. With spiritual degradation, the Jupiter-Uranus square includes a number of negative qualities of character and events:

Jupiter-Uranus square bearers should avoid large loans and legal obligations. In their case, it always negatively affects the fate. Caution is required when investing capital, buying real estate and being a guarantor. 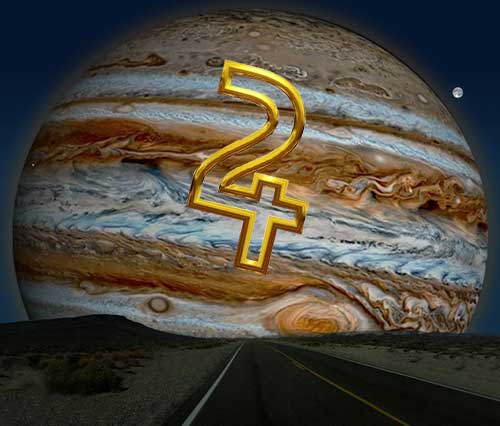 Jupiter-Uranus square in a man’s horoscope

The unpredictable, but charming owner of the Jupiter-Uranus square loves to be the center of the ladies’ attention. His charm fades against the background of everyday issues of family life. Especially insidious is the combination with Mars in water and fire signs, which gives egocentrism and aggressiveness in an attempt to calm down his addiction to adventurism.

Eccentric antics, constant traveling and playing for the audience continue up to 50 years. Later, a man with a Jupiter-Uranus square will want to settle down, but in marriage he will still play the role of a master. The native often prefers to marry young beauties, shocking society with the age difference and satisfying the need to teach and rule.

Jupiter-Uranus square in a woman’s horoscope

A girl with this aspect loves to question and criticize authorities and generally accepted postulates. This brings many problems during her studies at the institute, as she argues and even conflicts with the teachers. During the transit of Uranus, there is an irresistible desire to drop out of school so as not to bend under the rules of the system.

The tendency to a shocking style that shocks others is easiest to work through through creativity: music, stage, fashion. A woman with the square of Jupiter-Uranus has many affairs with extravagant and strange men, but she decides to marry someone whose opinion and experience she will respect, and with the condition of complete freedom of expression.

Development of the Jupiter-Uranus square

To harmonize intense energy, it is important to keep temper and shocking under control, clearly separating the artistic image and etiquette of behavior in public places. If you are lucky enough to meet a loving and devoted partner who will become partly a manager, suggesting when to keep a cool temper and choose a calmer tone of voice and dress, then the square may not appear. In any case, you need to learn to always follow through and respect the personal boundaries of others.

Anger and vanity include the action of the Jupiter-Uranus square on low energies, which is disastrous for the native: accidents, attacks, bankruptcy.

To harmonize the aspect with the help of natural stones, a combination of amethyst and blue topaz , lapis lazuli and charoite, yellow sapphire and fire opal in one piece works perfectly . Such a tandem will strengthen the highest qualities of Jupiter and switch the restless eccentricity of Uranus into creative creativity.