Lilith in the 10th house indicates accumulated negative karma in the matter of destiny. People  with such Lilith misinterpret their abilities and ambitions, directing them in the wrong direction, focusing on gaining easy popularity, not disdaining black PR and lies, for the sake of fame. Megalomania or overstated conceit are the main character traits.

The owners of the Black Moon in the 10th house believe that a prestigious position and a high salary should be brought to them on a silver platter simply for the fact of existence. However, karmic restrictions work clearly and inexorably: for any excess of authority and misappropriation of other people’s achievements and merit, fame obtained by deception, using low instincts and manipulation of public opinion, these natives will be attracted by Lilith’s rage. In order to avoid falling from the top, they need to know the subtleties of interaction with the Black Moon .

The painful “sticking point” of the Black Moon carrier in the 10th house is the thirst for popularity and ambition. Since the insidious planet increases the passion of desire many times over, the owners of such Lilith are rarely able to limit the desire for power by a moral code, deciding on betrayal, falsification of facts, “hype” in social networks for the sake of promotion. When defeated by tense aspects, they agree even to the glory of Herostratus, if only they talk about him. If the location of Lilith in the 10th house is harmonious, then it gives an extraordinary sense of purpose and creativity in achieving any goal. Most often, people with such Lilith have the following common traits of character and behavior:

To determine the areas in which it is easier to succeed and minimize the destructive influence, such people need to look at the position of Selena and the connection of Lilith in the 10th house with the 2nd and 6th sectors of the horoscope. 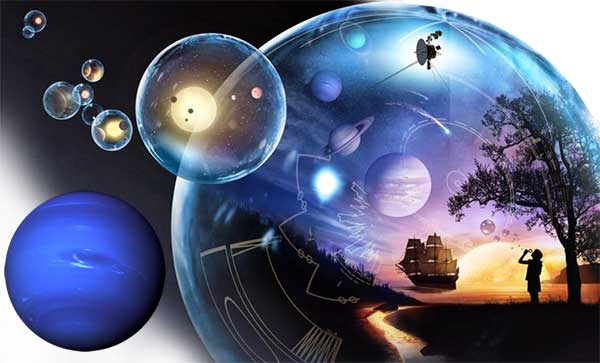 The owners of such Black Moon easily succeed in charming members of the elite circles of society for profit and support, and rarely manage to avoid the temptation of power. They destroy enemies and competitors with a cunning web of multi-walkers, not realizing that such actions will soon turn against them in the same way. The choice of profession and pain points of consciousness, enhanced by Lilith, are indicated by the zodiac sign of the 10th house:

1. Aries, Leo, Sagittarius – a painful thirst for fame in the creative and sports direction, quarrels and conflicts with a father who has different views on the life and vocation of the child. Wrong choice of university due to vanity and exorbitant ambition. The individuals with such Lilith believe that connections are more important than a good education, do not study well or leave college. High conceit, not justified in practice. It is necessary to develop professionalism through work, giving up the excess of entertainment and infantilism.

2. Gemini, Libra, Aquarius – it is difficult to determine the choice of profession, there are too many interests. The gossip of envious people and intrigues, which are aggravated if the natives themselves do not mind spreading rumors about enemies, interfere with their career. There is a high probability of a damaged reputation, which will have to be whitewashed and recaptured. A father and marriage partner can hurt the business with careless advice. It is necessary to be friends with the boss, not to combine several positions or jobs, not to talk about their goals publicly.

3. Taurus, Virgo, Capricorn – the purpose is understood as a profession with high earnings, and not a work of life. Fear of losing stability and changing jobs, even if they don’t like it. The father limited in money, demanding an account for every penny, or, conversely, he paid for any whim, forming a wrong attitude towards money and the absence of more important interests. They do not know how to work in a team. Wanting to curry favor and gain approval, they take on unnecessary responsibilities, sacrificing health.

4. Cancer, Scorpio, Pisces – the issue of the continuity of the family business is acute. It is important to determine whether it corresponds to the personal dreams of natives, and to have the courage to abandon the heritage if they see a vocation in another area. The main thing is not to put everything on the line in their careers to achieve victory. Troubles come from the leadership – sexual harassment, blackmail, threats. Such individuals cannot go to extremes, it will destroy even a positive result of work.

Compound Lilith Meridian Mid sky 10 building or being within 10 degrees from it, increases the dark witch beginning subconscious. Individuals with such Lilith are shunned and feared, they are pursued by ill fame. Harmonious aspects of the Black Moon with other planets in the 10th house show what qualities and areas of activity will bring success: the Sun – creativity, initiative, politics, Venus – art, Mercury – literature, journalism, Mars – sports, surgery, the Moon – psychology, medicine, healing … Negative aspects with Jupiter, Neptune and Mars provoke conflicts with bosses and difficulties of self-expression.