The planet, symbolizing vulnerability and lack of positive experience in the sphere of the home, Lilith, in the 9th house of the horoscope, distorts the issues of education after the age of 17 and the religious consciousness of the individuals. They are faced with the seamy side of the world: misunderstanding, condemnation, rudeness and confrontation with villains when trying to express their point of view, studying in college or attending a religious society.

The owners of Lilith in the 9th house are misunderstood, subconsciously feeling a kind of threat to generally accepted foundations, because they really differ in rare free-thinking, they are confident in the correctness of their personal intuitive approach, although the Black Moon often blocks logical thinking, and these natives do not see the absurdity of the evidence they provide. The key to overcoming the fear of communication and business travel is in constant self-education and understanding of the mechanism of influence of Lilith in the 9th house.

Peculiarities of behavior in studies and travel

People with such Lilith are attracted by distant countries. In the absence of self-expression in their native country, they are sure that the bird of happiness awaits in another society, more tolerant and responsive. However, when faced with a foreign culture and traditions, these wards of the Black Moon lose their bearings and fall under the influence of false teachers, or becomes a “scapegoat”, on which they take out grievances for the sins committed by their compatriots, especially when it comes to religion. In order to avoid difficult trials in a foreign land, astrologers advise these owners of Lilith in the 9th house:

With multiple squaring of Jupiter in the natal chart , even without a direct connection with Lilith, such individuals develop megalomania. They are able to use the negative energy of the Black Moon to proclaim themselves the guru of a new saving trend, creating a totalitarian sect or becoming  leaders of the political opposition. 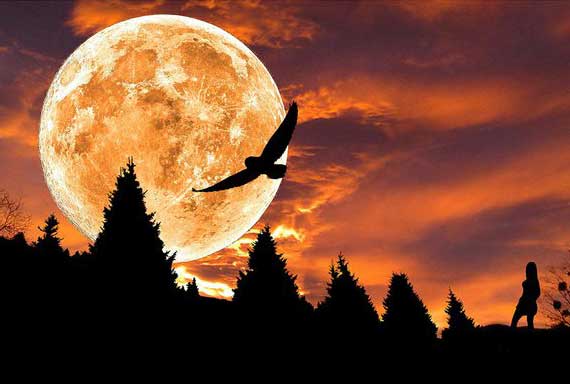 The insidious Lilith in the 9th house also introduces difficulties in relations with the relatives of the marriage partner. They come to visit without invitation, sow discord and quarrels between spouses, harass the native with teachings and nagging. The degree of influence of the planet on human life depends on the position in a particular sign of the zodiac:

1. Aries, Leo, Sagittarius – impulsively choose a university, based on its prestige and popularity. They strive to become a general from the position of a soldier overnight, without having enough experience and knowledge, except for self-confidence. They are aggressive towards other people’s ideology. Possible religious fanaticism and ridicule of the Gentiles. Abroad, one should beware of attacks and injuries, problems with the police due to their own careless behavior. It is not recommended to travel to eastern countries.

2. Gemini, Libra, Aquarius – aggressive debaters, painfully perceiving dissidents, trying to shake their clear philosophical system. They distort the facts to prove they are right, they easily confuse the interlocutor. They can hardly find a common language with foreigners, trips are overshadowed by mistakes in documents and theft. Traveling abroad is fraught with conflicts and misunderstandings with members of the opposite sex.

3. Taurus, Virgo, Capricorn – confident in the powerful power of money. They are able to buy a diploma without really straining in their studies. They choose professions with the perspective of senior management in the future. They believe that bribes will solve any problem and are confident that life in another country is easier and more joyful. However, they often lose money on travel, overpaying for fake brands or buying a new plane ticket due to unexpected delays. They are often nagged at border control due to typographical errors in documents and lack of additional information.

4. Cancer, Scorpio, Pisces – a complicated relationship with the religion of the native country, the search for a different philosophical system. Emigration is destructive for them – hostility to foreign culture, traditions and even language, if not instantaneous, then appears over time. These natives are not accepted in society and hinders self-realization. Careless attitude to danger – trips to the zone of natural disasters and epidemics in search of adrenaline rush and adventures for show to friends. It is necessary to avoid extreme entertainment and countries with aggressive policies.

The successful overcoming of the distortions of Lilith in the 9th house will be facilitated by favorable aspects with Mercury, sharpening the mind and sober perception of reality based on the analysis of information. It is great if Mercury is in Virgo, even without contact with the Black Moon. Harmonious aspects with Jupiter and Venus will help successful advancement in society through the disclosure of creative talent and the desire for knowledge. Square and opposition with Mars and Pluto are extremely unfavorable, foreshadowing danger in public places and in a collision with security forces, and with Neptune – the threat of natural disasters.