The closest planet from the Sun, the mediator between the ego and the mind, Mercury, in the sign of Capricorn, is strongly influenced by Saturn , which makes people calculating, emotionally restrained or completely cold, and able to achieve any goal due to a carefully thought out plan of action.

The development of intelligence and the establishment of social ties are subordinated to the main inspiring aspirations of the carrier of Mercury in Capricorn – a high position in society, wealth and all-round compliance with the vocation.

Winning the heart of an ice strategist is extremely difficult. Such individuals recognize only those who are worthy of respect in their understanding – hardworking, modest, reliable and calm, because they themselves are not inclined to gush with emotions, and they do not need ambitious competitors at all. When trying to make friends, they need to remember that the owners of Mercury in Capricorn does not tolerate lies and distortion of information.

Paradoxically, a connoisseur of truth and honest victories is able to show remarkable cunning and ingenuity if the goals that are really important for him are at stake – a high position and material well-being.

When burdened with negative aspects, rancor, vindictiveness and arrogance are also manifested, for which Saturn will inevitably bill in the form of a lack of friends or a loss of position in society. The Mercury carrier in Capricorn should develop the heart chakra to balance the coldness of the mind, and pay attention to the following character traits formed by the two planets:

Evil or weakened Mercury in Capricorn gives rise to demagogues and despots, forcing people dependent on them to play by odious rules, without limiting themselves in any means of achieving the goal – cheating, intrigue, cruelty. 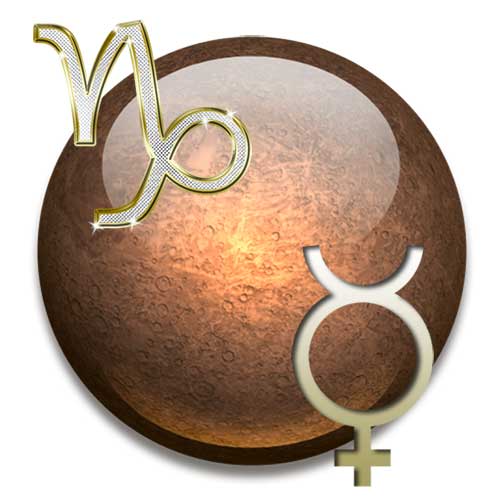 In the highest manifestation, Mercury in Capricorn in a man gives a sensitive interlocutor who instantly delves into the essence of the matter and separates the grain from the chaff, but due to the influence of Saturn, the mind easily freezes in habitual thinking stereotypes or completely degrades, therefore it is vital for the native to expand the boundaries of consciousness, to study new things , to travel, without abandoning the previous experience and traditions of the family.

A man with Mercury in Capricorn is silent and stingy with gestures and emotional statements, but those around him respectfully listen to his opinion. He rarely takes the initiative in personal relationships, but if he is truly in love, he proves his feelings with deeds, not words.

The girl with Mercury in Capricorn is the undisputed leader. She feels a desire to compete with men in the professional field, proving that a woman’s mind is no worse, but at the same time she becomes tough, categorical and rude in her statements.

Incredibly hardworking, with tenacious analytical thinking and an excellent memory, she achieves unprecedented heights in politics, business, medicine, science and sports. However, she lacks emotionality and warmth even in family relationships and it is impossible to win the heart of the owner of Mercury in Capricorn through romantic surprises. She also does not trust beautiful words, but she will listen to the restrained displays of attention of a successful specialist in her field.

The owners of retrograde Mercury in Capricorn will have to struggle all their lives with personally created dogmas that limit their worldview and progress towards success. This is especially evident with a strict religious upbringing.

These individuals impose on themselves rigid frames and are afraid to go beyond them even a centimeter closer to a new life. For example, such people crave fame and wealth, but they are sure that this is sinful or unfair, given the presence of a huge number of poor, therefore they lead a modest life, being in pessimism and depression. They need to develop flexibility of thinking, attend psychological trainings and communicate with successful, benevolent people.

This is especially true when natal Mercury in Capricorn has a square with Saturn and Uranus, which forms a conservative and retrograde, like a fire that avoids any innovations. Such people may well not have a mobile phone, computer or Internet.

Sextile or trine with Venus and Jupiter promotes more flexible thinking, success in commerce and business communication, removes the fear of public speaking, which helps to make a career as a teacher. A favorable aspect with Neptune awakens an understanding of art and a need for romance, completely closed in an ordinary position, and with Chiron it helps to compensate for the usual seriousness with a subtle and sophisticated sense of humor with a touch of sarcasm.

People born with Mercury in the sign of Capricorn are endowed with clarity of mind, discipline, seriousness, practicality, orderliness, objectivity and sobriety. They are not impressed with overpriced promises. They want to know the facts of every statement or idea they hear. Their natural skepticism often borders on cynicism. Such people have a rational approach to problem solving and are usually calm despite the circumstances. They are able to work for many hours without losing concentration and attention. They have a good memory and are attentive to detail. Other people may find such individuals to be someones with a poor sense of humor, boring, or depressed. They just have something to think about. In thought, they are pedantic, conscientious and disciplined.

Mercury in Capricorn bestows a propensity for business, organization and management. Such individuals are excellent strategists, planning and patiently following an objective course that will lead them to success. As  thoughtful and science-loving people, they enjoy spending time alone reading or contemplating. They rarely have a stupid and ridiculous conversation, because they consider it a waste of precious time, which is better spent doing more productive things.