Mercury in the 11th house

Mercury is responsible for mental abilities, speech, communication, communication and travel, therefore, its location in the 11th house of the horoscope can be considered successful. The 11th field in the birth chart symbolizes friends, like-minded people and well-wishers. The native, actively interacting with others, does not lack friendly support and patronage.

Mercury in the 11th house creates around itself a group of positive-minded people who have similar beliefs and views. It is interesting to communicate in such a team. Here you can share your most original thoughts and unusual plans for the future.

A person with Mercury in the house in question has an inventive and creative mind. Many of his affairs are successful due to the fact that he does not hesitate to apply an unusual approach and non-standard methods in his work.

The mind of a person with Mercury in the 11th house is free from social stereotypes and prejudices. Mental independence and enormous intellectual potential give a person the opportunity to create in his imagination something that did not previously exist in earthly reality.

A native can be the author of various inventions. His mental talents are especially well manifested in engineering, technical, research and scientific activities. Such a person willingly shares his progressive ideas with others. His findings greatly facilitate the life and work of other people.

A person with such Mercury may be interested in space exploration, astronomy, astrology, UFOs, everything unusual and inaccessible to ordinary people. Nativ is attracted by the topic of creating and implementing the latest technologies. He can prove himself as a programmer, system administrator, website and mobile application developer, etc.

The owner of the horoscope is active, communicative and friendly. He loves to meet, communicate and easily maintains connections with a variety of people. Thanks to his good communication skills, the subject can make good progress in social and political activities. He understands the interests and needs of different segments of the population and feels the need to help every person regardless of his social status, age, nationality and religion. 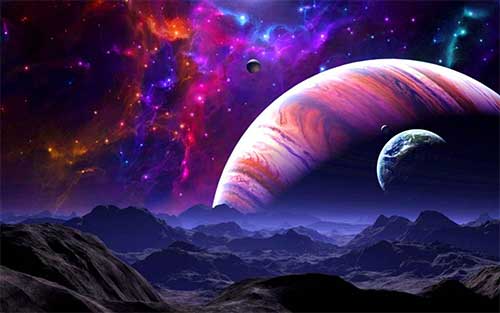 Mercury in the air signs of the Zodiac (for example, Gemini , Aquarius , Libra ) in the 11th house of the horoscope informs a person of ease in making acquaintances, but also inconstancy in friendships. Today he is a member of a group and actively participates in its affairs, but tomorrow the subject's interests change, and he finds a more suitable get-together. Such variability is especially manifested in the character of the native, when Mercury is severely damaged by other luminaries.

If the planet is in the signs of Water (in Cancer , in Scorpio or in Pisces ), then the emotional component in the relationship is important for friends. The native needs empathic people who will listen to, and feel the situation, and support in difficult times.

Mercury, located in the signs of Fire (in Leo , in Aries , in Sagittarius ), disposes to participate in sports circles and creative associations. In such organizations, there is a spirit of competition and competition. A native can also be a member of elite clubs and have well-known patrons.

The planet in the signs of the Earth makes you take friendship seriously. A person with Mercury in Taurus , Capricorn or Virgo is able to keep in touch with good acquaintances and friends for many years. Childhood friends for them are a great value and support in life.