Mercury in the 12th house

The 12th house of the horoscope is considered unfavorable, and if Mercury is in it , then it is difficult for a person to realize his intellectual potential and get recognition from others. He is reluctant to demonstrate his mental abilities in public, does not express deep thoughts and unusual views of what is happening.

If the planet is damaged and weak in quality, then it is often the cause of disease. The native can be restless, nervous, and fussy. Constant worry, turmoil and stress often lead to serious illness. To come back to a state of mental balance, you need to be alone. Silence and solitude in this case are the best medicines.

Abilities and characteristics of human behavior

The mind of the owner of Mercury in the 12th house is intuitive and psychological. These dreamy people love to spend a quiet evening reading a fascinating book. Their rich imagination draws beautiful pictures and images, and therefore, a film based on a literary work is often a disappointment for them. In the mind of such a person, all the events described are played very vividly and colorfully.

The owners of the planet Mercury in the 12th house are attentive and observant. Perhaps it seems to others that they are out of touch with reality. In fact, such people see details that are barely visible to others: they understand the background of the questions and the real reasons for the actions of people. They notice the change in the mood of others and feel when a person is telling a lie.

Sometimes the owner of the natal chart himself expresses himself somewhat ambiguously. Such a person may not say yes or no. It is difficult for him to communicate his opinion clearly and unambiguously, because the situation is constantly changing, and you can look at the same object from different angles every time.

Such people can keep other people's secrets well. They have a lot of acquaintances, but the full contact list is usually hidden. The owners of Mercury in the 12th field have many secrets of their own, and they also believe that if someone entrusted them with information, then it should not be disclosed. Although here you can observe the other extreme – a tendency to discuss someone else's life and spread gossip. A “broken phone” can lead to unpleasant incidents, in particular, to a loss of credibility.

Another feature of the owner of Mercury in the house in question is his inability to comprehend knowledge in classes and audiences. Noise, fast delivery of educational material and active discussion of questions by peers do not allow them to concentrate and build the correct logical connections. It is much easier for a native to learn in silence. He must have his own study, his own room or at least a secluded corner for a leisurely assimilation of knowledge. If all conditions are created for his cognitive and intellectual activity, then he can study even the most difficult material on his own, without the support of mentors, participation in lectures and seminars. 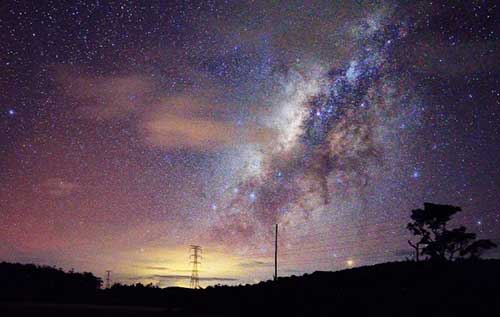 Mercury and some signs of the zodiac

If Mercury in the 12th house of the horoscope is essentially strong (for example, Mercury in Virgo , Mercury in Gemini ), then a person can accumulate a lot of invaluable knowledge in areas of interest to him. He is inclined to get carried away with psychology, philosophy, religion, medicine (especially non-traditional), esoteric doctrines, foreign languages, etc.).

If Mercury is weak in quality (i.e. located in Pisces , in Sagittarius ), then the subject needs to be extremely honest both with others and with himself. Otherwise, slander, intrigue, anonymous letters, conspiracies can seriously ruin your life. A weak and afflicted Mercury in the 12th house can be the reason for the native's isolation and loneliness, as well as his frequent stay in medical institutions.