The great illusionist Neptune in the 11th house makes it difficult for the native to see clearly who is friend and who is enemy. Despite loyalty, idealism and willingness to give his friend the last shirt, he is faced with deception and betrayal, mistakenly considering envious and sycophants as friends, communicates with eccentrics and outcasts, or suspects everyone of secret plans against him, rushing at people like Don Quixote at windmills …

A person often underestimates himself, hesitates to openly admit talents and step out of the shadow of colleagues. With a fine mental organization, you have to learn to work with your elbows so as not to trample. He prefers to be friends with large companies, but due to internal uncertainty he chooses those inferior to him in terms of development and education or in need of help.

Serving one’s neighbor, compassion, brings the native to charitable organizations or secret societies, calling for the creation of a worldwide brotherhood where everyone is friends, which corresponds to his highest dream. 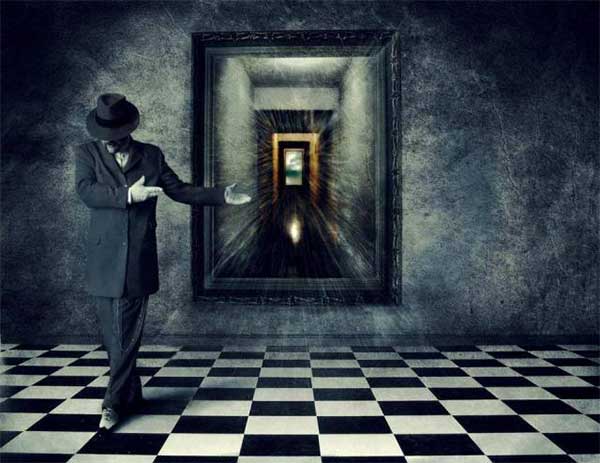 With the harmonious position of Neptune in the 11th house, a person foresees the future, is generous, responsive, receives spiritual revelations and the support of friends and mentors. He is attracted to the artistic environment, but the bohemian lifestyle is destructive – the temptations of nightclubs, group drinking and promiscuous relationships destroy the personality and lead away from the mission to form the high ideals of social groups.

He can lead a literary circle or an entire artistic direction, form an experimental theater or public reception, helping free. The danger is that a person sometimes does not see a cunning scoundrel behind his beautiful appearance and gallant behavior, falling into traps and disappointed in love.

Harmonious Neptune attracts sponsors for lofty ideas, musicians, poets, actors, sailors and astrologers in the social circle. The more planets in this segment of the natal chart, the more sociable and contact the native is. Despite loyalty to friends, he unintentionally misleads them, not being able to clearly define his position or beliefs, confuses plans with absent-mindedness, but in trouble he will never give up. In an emergency, he turns into a fast-acting rescuer.

In love, an incorrigible romantic who deifies an object of sympathy. Secret enemies among dignitaries or rivals in creativity. Intrigues and intrigues can have consequences in case of excessive gullibility and reckless behavior in public.

With a favorable aspect, especially with Uranus, a happy chance will help success in society, perhaps a meeting with a strong patron.

Parents should be especially careful to check the reputation of the company where a teenager spends his free time with Neptune in the 11th house. It is the collective that influences its consciousness and behavior, becoming both a source of inspiration and a cause of death. The sign of the zodiac, where the 11th field in the horoscope falls, suggests what kind of psychological type of friends the native is attracted to:

1. Aries, Leo, Sagittarius – the desire to be a star forces you to surround yourself with sycophants and saints whom they love to patronize. Generous, as long as their retinue praises them and avenges their disobedience. When working on pride – the ability to be on an equal footing with influential politicians and producers, loyal friends in different cities and countries. Fear terrorist and neo-fascist groups, whose idea of ​​world domination tempts the fiery Neptunians.

2. Taurus, Virgo, Capricorn – they do not like numerous companies, choosing three or four people who are close in convictions. Due to inner insecurity, they strive to be useful, even when they are not asked, or to impress with a high financial level in order to join the team. They dream of a faithful friend and companion and suffer if there is none. They close their eyes to obvious flaws and vile deeds, idealizing a loved one. Avoid contact with prisoners and hypnotists.

3. Cancer, Scorpio, Pisces – the house is always open for friends, but they are chosen carefully, observing people in a team, in search of a kindred spirit. Sentimental and sacrificial, ready to sacrifice personal interests, give their favorite things to a friend. They take care of the weak and the offended. If defeated, there is a high probability of suffering from betrayal. You cannot visit religious sects even out of curiosity.

4. Gemini, Libra, Aquarius – adore large companies of cheerful and witty interlocutors, greedily absorb the knowledge of people unlike them, enriching themselves through communication. Friends are often colleagues at work, they inspire and help. In case of defeat – skillful manipulation of gullible friends, using their talents to their advantage. For the air Neptune in the 11th house, financial pyramids and representatives of MLM are dangerous.

Connections with other planets can enhance the weak position of the planet, aspects with the Sun and Jupiter are especially favorable , promising the support of high-ranking officials, generous sponsor friends, thanks to whom the native will gain fame and prosperity, but squaring with them warns of deception on the part of wealthy friends and bosses. only pretending to be good Samaritans.

Harmonious trines with the Moon and Venus attract friendship with representatives of culture, beautiful and artistic, as a rule, of the opposite sex, and negative configurations with them attract people with alcohol, drug addiction, sexual perversion, because of this, the native will need to choose companions with caution. Constant quarrels and separations from comrades provoke Mars and Pluto, they must be carefully worked out in order to know the happiness of a trusting relationship.