Uranus in the 8th house

Uranus always provokes drastic changes in the place of its residence. Considering that the 8th house is responsible for physical death at the first level and for spiritual transformation that changes the very personality of the native, it becomes clear why most people are afraid of the position of the planet in the natal chart .

This is really an indicator of great trials, when you need to show strength of mind and a sense of higher justice in difficult situations of the 8th house – in heavy traffic, air travel, collisions with sorcerers, and psychological crises of unknown origin. Sometimes only non-standard behavior, quick thinking and reaction will save a native in potentially threatening circumstances.

The struck Uranus in the 8th house will push a person to extreme situations, places of hostilities, in extreme cases, to speeding on the road, and the strong position of Uranus is a guarantee of victory over rock through overcoming danger.

Features of the transformation of fate and consciousness

Uranus in the 8th house shakes up finance throughout the life of the native. A fabulous legacy that suddenly fell on your head or an unexpectedly burnt out successful enterprise, such changes will happen all the time. Extremes in knowing oneself and one's business will be associated with the ability to profitably interact with partners, both in marriage and in business.

Accidents only seem sudden from the outside. If a person with Uranus in the 8th house is too strongly attached to material values, sexual oddities, plunging into the world of bodily pleasures without a trace, the universe will find a way to return him to reality, where the karmic task is to remain true to spiritual ideals, even in wealth and pleasure.

The planet includes several sources of danger for the native:

Falling from a height and being killed in a car accident, as happened to Princess Diana, is a common interpretation of Uranus in the 8th house, but there must be additional negative aspects for this . If safety rules are followed, the risk indicator will remain just a warning. The strong position of the planet gives at least two chances to get rich and change life for the better. Family scandals are neutralized by the ability to negotiate and the translation of restless Uranian energy into creativity.

The level of agility and internal tension of a native, subconsciously waiting for an attack, depends on the harmony of the 8th house, which is influenced by the location of the planet in the zodiacal circle:

1. Aries, Sagittarius, Leo – fiery Uranus will not give a calm life, a person unconsciously strives into the thick of events, organizes extreme travel, makes risky investments. Divorces with a scandal throughout the district, smashing dishes and pursuing a partner. The threat of death during fires, accidents, plane crashes, sexual excesses. It is necessary to avoid contact with large animals and do not travel to places of hostilities.

2. Taurus, Virgo, Capricorn – long-livers, moderately using the abilities of Uranus – know how to calculate the risks when investing money and securities and get a good profit. In sex, secret fantasies are rarely realized, which leads to a cooling of feelings in marriage. It takes a long time to get married and get divorced with the execution of contracts and agreements on the division of property. A rich groom or bride largely determines the level of future well-being. Death is calm, but there is a danger of dying in an earthquake.

3. Gemini, Libra, Aquarius – lovers of free relationships without paperwork and obligations, their money is not delayed. They part easily when the novelty of feelings passes. An intellectual approach to sex, emotions dominate physical sensations. Supporters of innovative religious movements and beliefs in matters of death and reincarnation. Danger lurks in the air – flying any vehicle, skydiving, amusement park rides, even swinging in childhood.

4. Cancer, Scorpio, Pisces – mystical dreamers with strong psychic abilities, intuitively predict the future, which contributes to the multiplication of capital. They successfully invest money and manage the inheritance that comes from the spouse's parents. Strong sexuality with fantasies and unusual ways of making them come true. Death is associated with liquids – poisoning with drugs, drinks, injections, you also need to be careful in water bodies, especially in stormy weather. 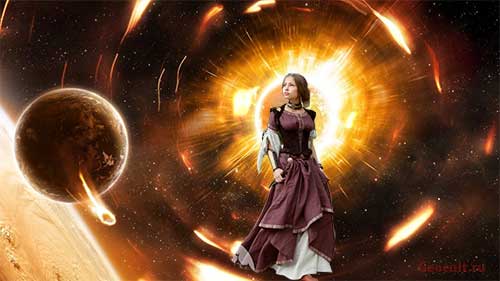 The struck Uranus in the 8th house is incredibly dangerous. If there is a negative aspect with Mars , then from childhood, the child needs to block access to electrical appliances, and the adult should avoid contact with current conductors and flammable substances. A military career is contraindicated.

Square with Neptune predicts the likelihood of stroke and problems in the cardiovascular system, alcohol dependence. If negative aspects come from the planets in 1, 6, 12 houses, this aggravates the situation – the native should moderate his appetite for risk, excluding parachute jumps, hiking in the mountains and participation in public meetings. Trines with Jupiter, Venus, Mars and Saturn will have a beneficial effect on the fate.