Venus in the 12th house

Venus, located in the 12th house of the horoscope, is not the most favorable astrological indication, since this house is considered evil.

A person likes solitude. It is difficult for him to enjoy simple earthly joys: communicating with others, meetings, acquaintances, dates, holidays and celebrations. The tastes and preferences of such a person are not always shared by those around them. For example, he may like quiet church music, which may seem strange to other people.

And yet Venus is a good planet that symbolizes creativity and harmony. Being alone, a person can experience high feelings and inspiration. The native has a rich imagination. The results of his labors can be beautiful poems, musical works, paintings and much more.

Features of the character and behavior of a person. His abilities and hobbies

The owner of Venus in the 12th house of the horoscope is dreamy, romantic and sensitive. Often such people are secretly in love with someone, but are embarrassed to admit their feelings. The object of love is endowed with ideal qualities, and if there is a closer acquaintance, then the native is sometimes disappointed. Meanwhile, wonderful feelings inspire the owner of the horoscope to be creative. He praises and praises the positive aspects of character, the outstanding dignity and talents of a loved one.

The subject loves harmony, silence and nature. Often, the owners of Venus in the 12th field move to live outside the city. They feel good and peaceful, living in the country and doing their backyard farming.

The holder of a natal chart is interested in religious, philosophical and esoteric issues. He is attracted by everything secret, mystical and inaccessible to the understanding of most people. Such people may be characterized by intelligence and high spirituality. Among the owners of Venus in the 12th house there are many humanists, pacifists, philanthropists and believers.

Venus and some signs of the zodiac

The 12th house is called the house of illnesses and unfavorable circumstances. And yet, if Venus is essentially strong, then she helps the native to cope with difficult situations.

In his life, periods of emigration, isolation, long stays in hospitals and closed institutions are possible. Venus in Pisces , Libra and Taurus makes the conditions in places of solitude, treatment and restriction of freedom more or less comfortable. A person reconsiders his life values, gains new strength and energy, changes physically and spiritually, which has a beneficial effect on his future life. 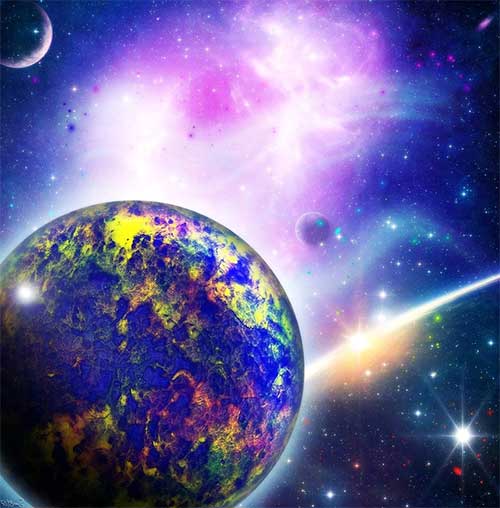 Venus in the 12th house of a man

Venus in the 12th house of the horoscope indicates a not entirely successful marriage for a man. In a relationship, there can be a lot of incomprehensible and secret. A harmonious and strong union makes it difficult to build illusions and an unwillingness to accept a partner as he is. With this position of the luminary, a fictitious marriage is likely.

If Venus is seriously affected and weak in quality, then the wife may have poor health and an unstable psyche.

Often, acquaintance with the future spouse occurs outside the city, on vacation, during treatment, travel and long trips. The best relationship will develop with a woman who is merciful, kind, sympathetic and loving art.

Venus in the 12th house of a woman

It is difficult for the owner of Venus in the 12th house to show her initiatives and show her talents to others. Often, fateful decisions are made by the people around her, and she only has to submit to someone else's will and go with the flow.

And yet, such a woman can realize herself well in creativity, medicine and in charity work.