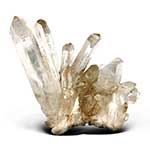 Everyone is familiar with rock crystal. This stone amazes observers with its impeccable purity and amazing transparency. By contemplating it, people become more intuitive, thoughtful and serious. They are visited by lofty, bright thoughts and a desire to open their future.

Rock crystal has many associations. It is transparent as water, solid as a block of ice and pure as air, and its raw crystals resemble tongues of flame. The variety of natural qualities of the mineral is reflected in the legends. For example, in ancient Greece, it was believed that rock crystal was originally ice, which eventually turned into stone. According to Japanese legends, rock crystal is nothing more than the frozen fiery breath of a dragon.

This mineral is a type of quartz that is widespread throughout the world. At the same time, it has colored varieties, such as morion, rauchtopaz, rose quartz, citrine, but the colorless version of quartz – rock crystal – is of the greatest interest, since it has strongly pronounced magical properties.

Rock crystal is one of the most revered stones in the world of magic and psychics. It enhances the supersensible perception of people and helps initiated people to see the past and future. Images in a transparent magic ball appear when the beam hits the surface of the crystal. At the same time, a skilled fortuneteller should concentrate well on the question asked to him, and then he will see in the shine of the crystal pictures from the life of a person who has turned for magical help.

Rock crystal may not only belong to mages and wizards; ordinary people can also use its miraculous power. Rhinestone should always be carried by those who feel problems with the perception of information and the expression of thoughts. The stone helps to think clearly and make correct logical judgments. It improves memory and promotes the accumulation of knowledge that may be useful in the future. In addition, the mineral charges its owner with positive energy, enhances self-confidence and gives a feeling of lightness and flight. 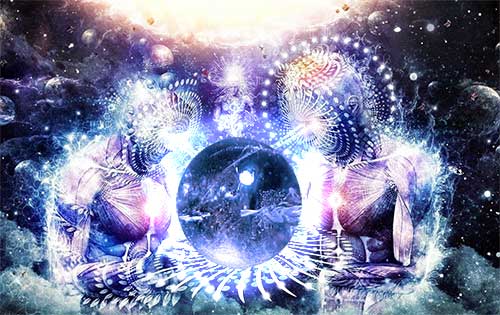 Rock crystal can be an excellent home amulet, as it has the ability to accumulate and distribute positive energy in space. It will be a kind of protection against the invasion of evil spirits into the home territory and, in addition, will prevent the influence of people who have come with bad intentions: liars, thieves and swindlers. Thanks to the wonderful stone, harmony and mutual understanding are restored in the family over time, and peace and prosperity reign in the house.

Healing (medicinal) properties of the stone

The healing properties of rock crystal are widely used in oriental medicine. For example, Chinese massage therapists use balls and small stones made of rock crystal in their work. Thanks to this tool, the stimulation of energetic points is especially effective.

It is also believed that the stone has disinfectant properties. The water infused in a rock crystal vessel becomes pure and healthy. If rhinestone is applied to the wound, the rays passing through the stone will speed up the healing process.

Since the mineral has an excellent cooling effect, it can be used to treat bruises. It will reduce pain and stop bleeding under the skin.

The stone helps to get rid of chilliness and improves heat exchange processes in the body. In the old days, it was recommended for young mothers, as rock crystal promoted the appearance of milk in women and an increase in its amount. In addition, in antiquity, rock crystal was believed to help heal liver diseases and improve gallbladder function. 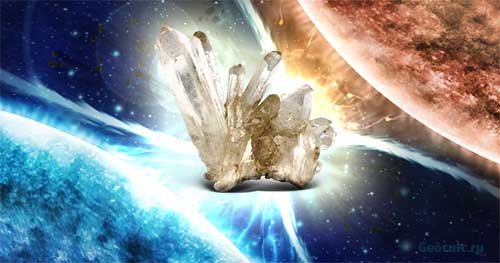 Who is the mineral suitable for?

Representatives of completely different signs of the zodiac can find sympathy for rock crystal, because it is friendly with each of the four elements.

In India, it is believed that transparent crystalline quartz is in best harmony with the principle of Venus, that is, it suits Libra and Taurus , as well as the water signs Cancer and Pisces . If Venus in the natal chart of the horoscope is weak, but at the same time is responsible for the house of partnership, then its influence can be enhanced thanks to the talisman made of rock crystal. He will attract a spiritual, kind, caring and creative partner to the owner of the stone.

Modern European astrologers believe that rock crystal emphasizes the ascetic and highly spiritual nature of Capricorns . The clarity of thought and logic that the mineral gives can be successfully used in their activities by the Mercurians Virgo and Gemini , as well as the air signs Libra and Aquarius , since the meaning of their existence is to work on information.

Fire signs will also feel the related energy of the stone. The mineral will support them in their endeavors and new projects, but will not allow their shortcomings to manifest themselves: irascibility, aggression and inconsistency in actions.

So, rock crystal is a truly wonderful and versatile stone that will give its magical properties to every person who, at the first meeting, will be imbued with trust in him, feel positive and experience joyful emotions.