MS in Gemini means that the native’s success is possible in several areas, where the ability to communicate, clearly and gracefully express thoughts and charm the interlocutor with erudition and eloquence is paramount. The motto to help you stay on track is “Don’t be boring”.

Usually Meridian shows what exactly one wants to get out of life, but in the case of MS in Gemini, the answer is “whatever I want”, since the thirst for new sensations and applications of numerous knowledge pushes them into two or three careers in different areas. This is a man-orchestra, eager to get a profession in which you can combine many responsibilities. It is important for such individual to see admiration for personal resistance to stress, speed of execution and the transition from one state to another.

People with such Midheaven in Gemini complement the image on the go with legends composed, embellishing real circumstances or inventing new ones to shake the interlocutor’s imagination. So the owner of the Meridian in Gemini, Madonna said that she came with 50 dollars in her pocket to conquer New York, although everything was not so, but it sounds like the beginning of a novel. 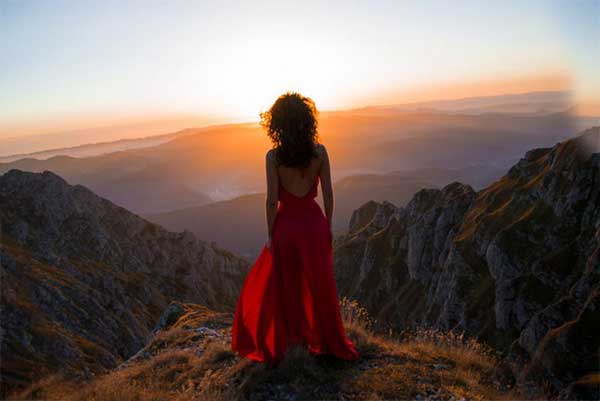 The word is the people’s main advantage and double-edged sword: eloquence helps to charm the employer and clients, but also hurts with gossip, sometimes the consequence of  careless statements, jokes, or echoes of fantasies anout themselves. They are truly versatile and talented people, greedy for recognition in every aspect of their activity.

Out of curiosity, they take on social work, agree to participate in a TV show, and do not mind having an office romance. However, too wide a range of interests, dissipation of energy and superficiality lead to collapse and dissatisfaction with the results of business, bosses, employees. The fantasy of the MC carriers in Gemini immediately exaggerates the colors, skillfully justifying itself and blaming others.

The dominant planets that rule the Midheaven Meridian in Gemini – Mercury and Proserpine in retrograde motion – require collected thoughts and a well-thought-out plan of action to materialize the desired. The ability of such individuals to put on a beautiful verbal fog around themselves or any event will brilliantly be embodied in the advertising business: they know exactly how to get everyone to talk about it, acting shocking and fearlessly.

The MS in Gemini intuitively chooses jobs in a field where people can use their intellect, voice and hands to give tangible form to original ideas. Such boss may be overly chatty, not be clear on requirements, or have seven Fridays a week.

Individuals have to obey the younger in age, and after becoming  leaders, they prefer young and creative subordinates.

Stopping scattering energy on conflicting goals, such individuals will make  brilliant careers in many areas simultaneously:

It is more interesting for a people with MC in Gemini to work as deputies or assistant managers in order to personally carry out many secondary duties: to organize meetings, negotiations, presentations.

Influence of planets and the Ascendant on the MC

The appearance of planets within a radius of 10-15 degrees from the Meridian gives new shades to dreams of realizing their destination, strengthening the qualities of character necessary to fight for a place under the Sun.

The owners of the MC in Gemini with Mercury in the Midheaven are  successful sneaks, talented and elusive intellectual. They delegate routine work to subordinates, and they themselves are engaged in creativity or management of departments. These are  classic Mercurians who use all the ways to achieve a goal: they lie and cheat for the sake of the business.

Mars and Jupiter contribute to the birth of successful diplomats, deputy ministers, heads of the press service, and in combination with Venus, they give a rare charisma that magnetically affects people. Uranus provides innovative inventors with an explosive temper. The twin dispersion of the spheres of activity is complicated by Saturn , forcing us to concentrate on one thing.

The Ascendant in Libra, Pisces and Leo hints at success in creativity – theater, cinema, literature, visual arts as the main direction, or a hobby as a second career. ASC in Virgo encourages many hobbies and interests. They are great teachers, speakers, business people, hardworking and reliable, but often change jobs due to dissatisfaction with the results.