Mercury in the 9th house

Mercury is the planet of knowledge, intelligence, active speech and writing. The well-expressed principle of this luminary imparts to people a love of travel, acquaintance and communication. From this point of view, the finding of Mercury in the 9th house is successful, because this house is associated with higher education, that is, with the development of a person's intellectual potential.

On the other hand, Mercury motivates a person to be a realist, analyst and practitioner. His task is to collect information and immediately pass it on to other people, to understand the details and grasp the nuances of affairs. The 9th house of the horoscope , on the contrary, is associated with a philosophical mindset, abstract thinking and a global outlook on life.

Mercury in the 9th house of the horoscope gives a constant need to learn. No matter how much the subject comprehends science, it will always seem to him that he is not competent enough and cannot collect knowledge into a single concept. The latter is especially true when Mercury is damaged by other planets. 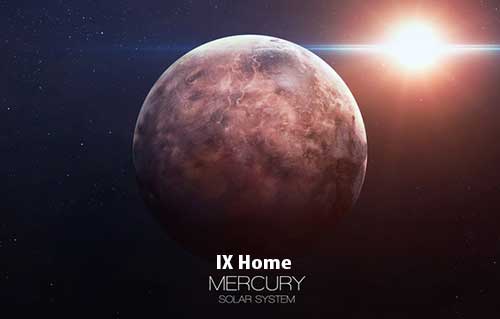 A person with Mercury in the 9th house is considered educated, intellectually gifted and erudite. He is distinguished by an inquisitive mind, versatile interests and curiosity. Most often, the owners of such a Mercury are fond of philosophy, religion, law, ethics and world culture. They love to travel around the world, study foreign languages, get acquainted with traditions and customs in other countries. A subject with Mercury in the 9th house is able to find common language with foreigners and can benefit from interacting with them. The import and export business is profitable for him.

The owner of the horoscope is a creative person capable of continuous self-education. He can display excellent writing skills and linguistic talents. Publishing and writing can generate income.

Another area of ​​realization of the native's talents and abilities is pedagogy. He can be a teacher of subjects in which he himself has an interest. Over time, such a person accumulates an impressive amount of knowledge and practical skills, and this gives him the opportunity to become a good mentor for other people.

Mercury and the signs of the zodiac

The signs of the zodiac, in which Mercury is in the 9th house, will tell you more about the native's area of ​​interest and his mental abilities.

The signs of Water will communicate a craving for psychology, and the element of Air will awaken the owner of Mercury's interest in linguistics and literature. The planet in the signs of Fire speaks of a passion for sports and politics, and earth signs will dispose the native to comprehend applied and financial sciences.

The innate intellectual potential is most easily manifested by the owners of Mercury in Gemini and Virgo . In these signs, the luminary in question has the greatest power. A person with such a natal chart is not only a good theorist, but also a practitioner. He likes to explain abstract concepts with concrete examples. He tries to confirm every argument with facts. If the native is convinced of something, it means that you can rely on his words, because he has learned much in his life in a practical way.

Mercury in signs of weakness (in Pisces and in Sagittarius ) makes a person “insatiable” when it comes to education. He is extremely curious and attracts many things at once. Often such people have several formations, but this does not give them intellectual comfort.