Uranus in the 3rd house

Uranus is a planet of changes, sudden surprises and new projects, falling into the 3rd house , brings a note of eccentricity to its traditional themes: schooling, relationships with siblings and classmates, state of speech, travel in high-speed transport. The patron saint of everything new endows his ward with extreme ingenuity, revolutionary views on social morality and a technical mindset, which does not detract from the native's creative capabilities.

Since childhood, they cannot stand rules and restrictions, preferring to invent their own. Uranian charisma and courage make them class leaders who are unafraid of teacher authority and who fight injustice. However, the struck Uranus in the 3rd house can make a clown out of a child, the whole school makes fun of his antics. However, the native himself at any age experiences a secret delight of being beyond convention.

Efficiency with Uranus in the 3rd house is high, but in order to achieve successful results, such a person must be adjusted and controlled, since he will jump from one case to another and drown in chaos.

Relations with close relatives are cool, up to the termination of relations, and in life there are many oddities, from fabulous luck to fatal accidents, depending on the presence of harmonious aspects and the sign of the zodiac.

Features of character and life circumstances

The owners of Uranus in the 3rd house are usually very self-confident, act contrary to generally accepted stereotypes, sometimes not even understanding how they annoy others. Strong charisma and artistry, however, instantly attract fans to them. Brothers and sisters appear unexpectedly, in some cases they may turn out to be half-hearted, which will just be a surprise from Uranus, especially with the affected planet and the Sun in the 12th house .

In addition, it can mean:

House 3 is also responsible for the development of a person's speech. Uranus, as the highest manifestation of Mercury , in a strong position, gives unique oratorical abilities with an original note – inventing neologisms, rearranging words in a sentence in a non-standard order and a swift manner of speech. With an affected planet, this turns into a pronunciation defect – burr, stuttering. If there are negative aspects, then getting rid of speech problems will be extremely difficult.

Professional success is expected in the media and politics. 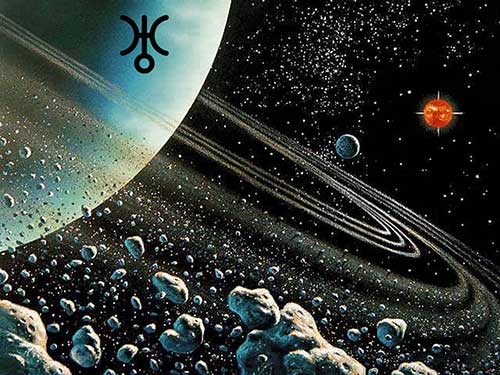 The influence of position in the signs of the zodiac

The impact of Uranus in the 3rd house on a native largely depends on which sign of the zodiacal circle he is located in. Initially, this position is strong and, in the absence of negative aspects, endows a person with intelligence, willpower and beauty of thought. Finding the planet in the following signs contributes to academic success:

1. Aquarius, Libra and Gemini are brilliant students with a non-standard approach to any topic, free thinking and a thirst for knowledge. However, the framework of school education often makes them bored, and they become C graders with high intellectual abilities. They can deliberately play the fool even as adults, enjoying the state of a free jester-intellectual. The position of the planet in these constellations shows the likelihood of home schooling or self-immersion in the study of subjects of interest.

2. Virgo, Capricorn – a good balance is created between quick thinking, free from dogmas, and the ability to structure knowledge into a system, while the shyness of Virgo will not allow the eccentricity of Uranus to overshadow the desire for higher goals of knowledge.

3. Scorpio, Pisces – deep understanding of the material, often at the level of intuition, they do not cram, but simply know the main idea and can develop it. Uranus here separates them from the collective. Such people live in their own world or rebel against the rest.

4. Aries, Leo, Sagittarius – depending on the level of spiritual development – are favorites of teachers and classmates, entailing solar energy and artistry, or with pleasure crushing the weak at the head of personal groups.

5. Taurus – Uranus is weak, it is difficult for the native to express his abilities and join the team, painfully endure the change of teacher and moving to other places.

Relations with brothers and sisters are the warmest when the planet is in earth signs, competition is pronounced in fiery ones, and cold withdrawal is in air and water.

Important aspects of the third house

Negative aspects can make Uranus dangerous, and this requires careful study and attention in the area that it affects. For the 3rd house, these are, as a rule, traffic accidents, flights, signing important contracts, repairing electrical equipment. The owners of oppositions and quadratures of Uranus in the 3rd house with Pluto, Mars and Neptune should be extremely careful in these areas of life. Their character is also complicated by their erratic and aggressive nature, and their ideas are rejected by society.

Harmonious aspects in the natal chart with the Sun, Jupiter, Venus and Mercury will easily lift the owner of Uranus in the 3rd house to the desired goal, make it easy to learn, win the hearts of others and establish relationships with close relatives.