Uranus in the 7th house

The planet of risk, freedom and adventure – Uranus, in the 7th house of the natal chart, brings these features to a person's relationship with friends and lovers, affects the image of a partner and the state of marriage.

The life of a native resembles a soap opera, it is never boring since childhood – difficult turns in friendship: from joint adventures to the fight against betrayal, falling in love with unusual personalities under strange circumstances. A person's karma is to be the main character in the series of his own life, while observing the laws of justice of the universe. Selfishness, self-interest, the use of the feelings of another for personal purposes will immediately explode from within the fragile family happiness, or even not allow to meet mutual love.

Character and relationships with others

A charismatic leader in communication with others admits only a select few to his close circle. This is a panther that will never become a domestic cat, even with passion and love. The desire for independence does not allow getting closer to friends and colleagues more than to small talk and joint trips to the cinema and bowling – there are many acquaintances, few friends.

Uranus in the 7th house is a bright indicator:

The position of the planet shows that a potential lover and companion in business and joint projects should be freedom-loving, easy-going, with an adventurous mindset and high erudition.

The native needs to ignite the imagination with unusual behavior, ideas, projects that change the world around. A man needs Scheherazade, and a woman needs Captain Gray from Scarlet Sails: most often these are representatives of the signs of Aquarius and Gemini, or these signs in their natal are greatly expanded and accented.

The circumstances of acquaintance and the profession of partners may be related to the Internet, freelance work, as well as astrology, space, electronics. The native is drawn to those who are as unlike him as possible in their nationality, religion, appearance. Uranus in the 7th house also influences the style of a wedding celebration under the motto – the more unusual, the better: in a parachute jump, under water, in zero gravity. 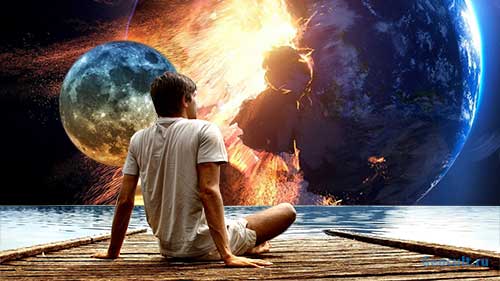 Personal happiness will be shattered many times until spiritual improvement through relationships occurs. Problems and difficulties are stages in the growth of the struggle against egocentrism and narcissism. The Christian postulate of love for the enemy is the key to working through Uranus in the 7th house, since it also points to the image of a rival. Features of influence depend on the position of the house in a particular zodiac sign:

1. Aries, Sagittarius, Leo – a union based on passion, to maintain a relationship you need the light of theatrical spotlights, flashes of lightning, the struggle for freedom with insidious enemies, a treasure hunt, in the best traditions of an adventure novel. Routine and everyday life, pettiness and greed, will destroy both marriage and business projects. The native's enemies are impulsive and unrestrained, but generous and able to appreciate a broad gesture on his part.

2. Gemini, Libra, Aquarius – an intellectually developed partner with brilliant erudition, common interests and lack of material clues is needed. This is the unity of reason in flight to higher goals, the separation of ideas transforming reality in invention, creativity, creation of new mechanisms. Marriage and divorce can happen very quickly, and most often it is a civil union without obligation. It is necessary to exercise diplomacy to adjust to the changing moods of Uranus in the 7th house. Enemies, as a rule, are younger in age, two-faced, beautiful in appearance (Georges Dantes for Pushkin).

3. Virgo, Capricorn, Taurus – a relationship with an influential, wealthy and status partner, whose money allows you to lead an independent lifestyle, but with the afflicted Venus, the native's beloved is too passionate about his own appearance and title. Sometimes this position of the planet gives celibacy and the pursuit of a fictional ideal, an office romance. Enemies are women or work colleagues.

4. Scorpio, Pisces, Cancer – the strong position of Uranus gives long-term relationships based on deep passion and jealousy. Sexual harmony is an indispensable foundation; without it, the romance will not last long. Sometimes parental models are played – the native behaves in relation to the partner like a mother or father, and requires the same for himself. Conflicts and scandals only heat the imagination, partings are hard to bear. The life partner is idealized. Enemies are most often among the closest relatives, insidious and resourceful, go to the end in the implementation of revenge.

Struck by squareness and opposition, Uranus in the 7th house leaves no chance for a successful marriage, especially if there are more than three unfavorable aspects, in particular to the 11th and 8th houses – a difficult divorce with a division of property and a struggle for freedom.

Square with Saturn and Mars warns of the possibility of a painful connection with an aggressive partner and karmic dependence on him, with the Moon and Neptune – a relationship with an alcoholic and a drug addict, with Pluto – a destructive relationship.

Uranus' love of freedom is softened by trines and sextiles with the Moon and Venus, including the desire for harmonious romantic relationships, a beautiful home, with Jupiter, Neptune and the Sun – marriage with an influential, famous person from the world of politics or show business. The more harmonious aspects, the more likely the native will find love and happiness in marriage.