Serpentine is an opaque olive green mineral with a fibrous microcrystalline structure. It is a non-precious ornamental stone of incredible beauty, its colors resemble patterns on a snake’s skin, which served as the basis for the Russian name. People used products from it 5 thousand years ago, and it entered world history under the name “serpentine”, from the Latin “serpentus”, which in Russian means “snake”.

Scientists explain the bright patterned color by a mixture of magnesium silicate with manganese, iron and aluminum, but according to the legend of the Ural craftsmen, this is not just a mineral, but the petrified skin of the Great Snake, the guard of the Mistress of the Copper Mountain. Following the lines of the serpentine deposits, craftsmen sometimes came to caves with placers of precious minerals. It was believed that the Snake, losing his skin, unwittingly marked the path to the treasure. The most juicy green shades of the coil are found in the Urals. There it was also called – mountain flax, because the fibrous structure made it possible to separate the stone threads and weave fireproof tablecloths from them, one of which was donated by the merchant Demidov to Peter 1.

In Russia, the widespread use of snake stone fell on the 18-19 centuries: dishes and pharmaceutical vessels for medicines were made from it, focusing on the research of European scientists who wrote about the unique antiseptic properties of the mineral. It was a pity to crush and grind amazing dark green patterns on a golden-light green background for small decorations, and the mineral was used for large-scale creations – toilets, figurines, tiles, caskets, solid tabletops and sets. 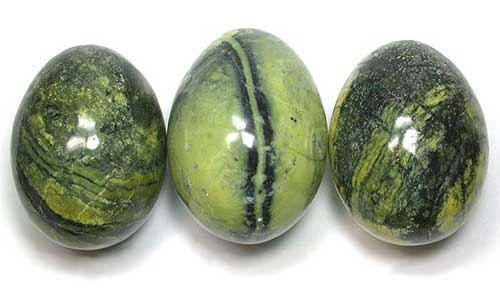 All hypostases of the image of a snake in the East symbolize both the highest wisdom and the transition from the world of reality to the other world. Shamans and wise men used the serpentine for meditation, penetration into the subtle worlds and communication with the dead. This is a strong talisman against the forces of evil, but with a difficult dual character. Serpentine does not tolerate deceit and meanness, but constantly tempts its owner to go to the dark side, however, if you succumb, then retribution will be inevitable. For a person with high moral qualities, the stone will serve as a fulfillment of desires and a protector in the following situations:

It is interesting that the coil does not have to be constantly worn, it is quite enough to have a product made of it at home or at work – a box, a chess set, or just a large mineral. He will still have a powerful protective effect on those who are often in his biofield. The snake stone absorbs all the negativity that goes to the owner, as well as his own negative experiences, so it is advisable to put the mineral in salt water for a day once a month. It is good to pass it on by inheritance, because he has a good memory and will faithfully serve the successor of the family. This is true if the previous owners were kind and honest people. The crimes committed by them can karmically pass along with the stone to the next generation. 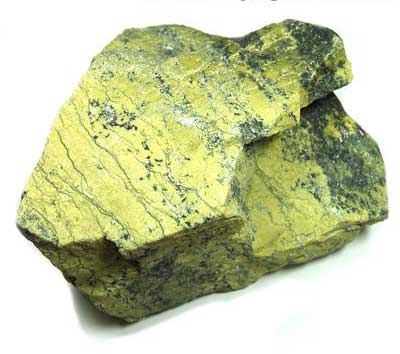 Back in the Middle Ages, alchemists noted the main beneficial quality of the coil – to enhance the properties of a medicine or herbal decoction. That is why many tinctures were infused for months in vessels made of snake stone and sold with them. Nowadays, it is possible to store long-acting drugs intended for the treatment of chronic diseases in coil boxes, but you should not put strong drugs there. With personal contact with the skin in the form of jewelry, the mineral can cure:

Serpentine has a beneficial effect on any focus of inflammation in the body, thanks to its powerful personal energy. You can put it on a sore spot and relax. The pain will go away imperceptibly. Even water taken from a cup made from the olive mineral will have a general healing effect. It is believed that if the drink contains poison or substances harmful to the owner, then the dishes can crack. 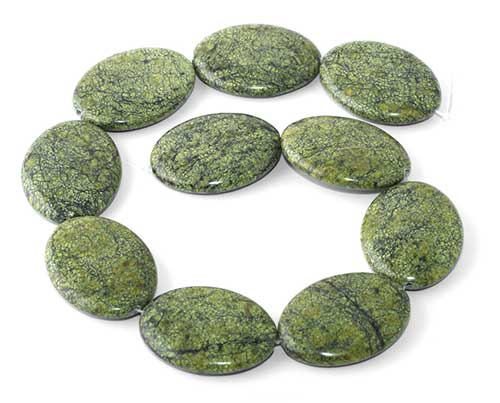 The serpentine mineral will give additional energy to the sign of Scorpio , since it is also associated with the forces of destruction and rebirth, and will help the representatives of this sign to defeat their dark side and develop intuition.

Rectilinear Virgos coil will give courage to be a creator, not looking at other people’s opinion, strengthen confidence and organizational skills in Taurus and Capricorn . Dual signs – Libra , Pisces , Gemini should not be in contact with the serpentine stone for a long time, because of their internal contradictions and hesitations they will not pass the honesty test, which the serpentine will certainly arrange. However, if the representatives of these signs were born in the year of the Snake, then the patterned mineral, on the contrary, will balance them and give an additional source of energy.

Serpentine is associated with the mysterious Pluto , which controls the energy transformation of a person and his rebirth after difficult trials. The weak position of this planet with negative aspects to the Moon, Mercury and Lilith can be corrected by the energy of the serpentine only in case of abandoning the position of a vengeful sacrifice, which the unworked Pluto always gives.

Shards of the Great Snake’s hide will easily help carry out the plan of revenge, but this will come at a high price. If the native decided to overcome the negative in his soul and work off his karma, then the serpentine will give him strength, even if Pluto is severely affected.