Second phase or first quarter of the moon

On the eighth lunar day from the beginning of the New Moon , the second phase begins, or it is also customary to call the first quarter of the moon. During this period, the level of fluid in the human body is concentrated in the middle of the chest. In this regard, diseases of the organs that are located here may occur, in the event that there are hidden pathologies. It is necessary to pay attention to the changes occurring in the body, especially when they are not directed for the better. If the body begins to have problems that you yourself do not yet know about the second phase of the moon – it's time to identify them. At this time, a person becomes sensitive, the energy continues to grow, but not as actively and rapidly as in the first phase .

Recommendations for lifestyle changes during the second phase

The human body, under the influence of the growth of the moon, still collects energy, accumulates its amount inside itself, but not in such quantities as in the first phase . After the Full Moon, the activity of the human body will decline, therefore, in order not to perceive it so painfully, already during the second phase it is worth spending less energy reserves. It is recommended to do:

As far as work and any negotiations are concerned, everything will be fine. Things will succeed, but it is worth rushing to implement the plans, because after the third phase, the activity of the human body will decrease, the emotional background will change and their successful implementation will be in jeopardy. 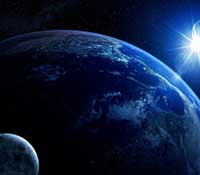 At the moment the moon enters the second phase (first quarter), you should reconsider your diet, in addition, it's time to start taking foods that will cleanse the body of toxins and toxins. Proper nutrition in combination with physiotherapy will completely relieve you of accumulated harmful substances and improve your health to the fullest.

In the second phase (first quarter), the Moon continues to fill a person with energy, but one should refrain from wasting it in large quantities. It's time to finish the planned things and get ready, gradually reduce physical activity, cleanse the body of accumulated harmful substances and get ready for the third phase of the moon , after which there will be a noticeable decline in activity.