The fourth phase of the moon – the last quarter

In the fourth phase, the Moon is illuminated with a thin, barely noticeable sickle, the horns of which look to the right. This phase is also called the third or last quarter. The activity of plants and animals begins to slow down, gradually preparing themselves for the New Moon . The Moon cycle has a special effect on a person during this period , therefore, in order for things to go well, appropriate measures must be taken.

The period of the fourth phase (last quarter) of the Moon is called balsamic, because this time is favorable for the removal of everything old and unnecessary. The activity of the human body begins to subside, and physical strength to leave. The psyche works in a completely different way, so very often you can observe that you have managed to discover a truth that you did not notice before.

During the period of the balsamic moon, a person will be visited by smart thoughts, simple truths that were previously hidden or for some reason could not be revealed will be revealed. Often times, outlook on life can change – you will begin to better understand the structure of the world and the feelings of other people. Your family members are more sensitive to mood swings.

The state of the emotional background will also change. A person may feel overwhelmed or depressed if they over-expended their energy in the previous stages. When the balsamic moon is shining in the sky, it is recommended:

A person plunges into a drowsy state, so there is no need to disturb your body once again, this can end in a prolonged depression. The concentration of your attention gradually begins to dissipate, so it is important not to start important and responsible matters. What to do during the balsamic moon period? 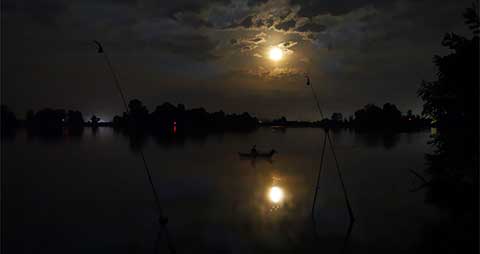 When the moon has entered the fourth phase, or as it is also called the last quarter, it’s time to take stock, postpone all your affairs that you do not have time to finish before the New Moon, an attempt to implement them may have a negative result. During the period of the balsamic moon, astrologers recommend: