Midheaven – Meridian (MC), the second most important counterpoint to the horoscope after the Ascendant, emphasizing the inner aspirations of a person, leading to the fulfillment of destiny, and the qualities necessary on the path to success. Located at the top of the 10th house, the top of the vertical axis of the natal chart, like a compass needle, shows the place in society and the direction of a career.

The position of MC (Midheaven, Meridian) in the zodiac sign Aries signals that individuals with such position admire energetic, disruptive people from a young age, striving to develop courage in the soul, but at a low level of development can become egoists, walking over corpses to the goal.

Not all MCs in Aries have been brave fighters for a place in the Sun since childhood. Astrologers believe that the Meridian program is turned on in adolescence, and then the native’s Martian spirit enters into a struggle with personal fears morally and physically, starting to aggressively resist the offenders. The MC carriers in Aries prepare themselves for the goal of conquering the world and obtaining the right to a leading position, therefore, already in high school, they begin to manifest themselves in a characteristic way:

Since a native’s success always comes through struggle, it is important to understand that there are different types of battles. Its opposite, Meridian in Libra, suggests that people need to develop the ability to work in a team and negotiate, and not snatch prizes from the hands of rivals in a head-on collision.

Observance of the balance of courage and benevolence will help to adequately meet the changes and trials of fate, boldly take on new projects, showing enterprise and courage: qualities due to which the native takes off to success.

Overwhelming the mind can prevent this:

The owners of MC in Aries need to set a clear goal and prescribe the stages of its achievement, eradicating envy and greed in the soul, supporting a healthy manifestation of ambition. 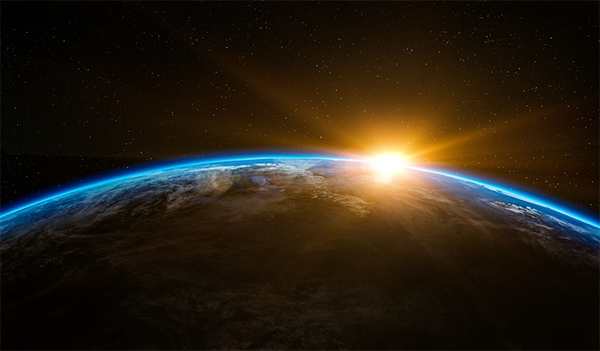 The Middle of Heaven always has a two-way direction – in Aries it is not only a rebellious manifestation in the world, but also a collision with the challenge of the ego-hungry for honor of other people. Starting from the first job, people with such MC make it clear that they must be reckoned with, but instantly acquires competing rivals. The sooner they become bosses, the easier it will be to avoid scandals among the middle management. The dominant planets that govern the MC in Aries are Mars and retrograde Pluto, therefore, fame and honor will come as a result of tireless work in professional fields related to metal, flame, blood:

The native will wither away in the routine work of the conveyor type, where creative impulses are suppressed and there is no personal growth. The MC in Aries loves to be in the spotlight, in the glow of its own exclusivity. Charisma, original ideas, bright appearance, assertiveness will help to realize the purpose.

Influence of planets on MC

Since the planet-ruler of the MC in Aries is Mars, it is necessary to take into account its position when correcting behavior or predicting the future native. If the dominant is in dual signs (Gemini, Pisces, Libra), this means constant fluctuations, a change in activity, spiritual throwing.

In the fire signs, especially next to the Meridian in Aries, it gives fantastic energy, gives rise to revolutionaries and reformers who are ready to burn the old world order for the sake of a personal idea. Examples – V. I Lenin, L. Trotsky, F. Engels.  Mars in the element of Earth (Taurus, Virgo, Capricorn) helps to control personal power, using it to achieve good goals, subject to victory over egoism and greed.

Planets on the MC expand the range of talent, showing the most attractive areas for the native. If the Sun and Jupiter are located within 10 degrees from the MC in Aries , the born leader will be world famous in politics, art, literature. The creativity of such individuals changes consciousness, opens up new trends, but with bad aspects, they are destroyers and tyrants (Ivan the Terrible, Batu Khan).

Saturn gives the oppression of power, the constraint of temperament by social conventions, Venus and Pluto help to charm the audience, and Mercury gives an incendiary oratory gift.