Neptune in the 8th house – a reflection of danger

Neptune, governing astral currents and higher matters of consciousness, in the 8th house of death and inheritance, takes a dangerous position, blurring the boundaries between the personal “I” and the invisible world of eternity.

Since childhood, a native is attracted by questions of otherworldly forces, especially what happens to the soul after death, so much so that he decides to try psychotropic substances in order to get over the edge. He can be fanatically carried away by religion, spiritualism, trying to unravel the secrets of his ancestors, especially those who died prematurely.

The main temptation is in relation to the money of a marriage partner or joint venture partner, to inheritance, which the native wants to receive at any cost, applying the Neptunian fog of lies and impossible promises. A life partner may turn out to be a spender or a swindler, but the person himself should not choose the position of financial director or manager of other people’s funds, so as not to be in the center of a criminal story. The native is often haunted by mystical fears, which are released in creativity, as was the case with the owners of Neptune in the 8th house of N.V. Gogol and E.A. By.

Neptunian risks to work through

The Lord of the Seas blurs the boundaries of consciousness in communicating with other people, so a person with such a horoscope can be easily hypnotized or simply forced to purchase an unnecessary thing, convincing him that he needs it. When participating in the purchase of real estate or the conclusion of an important transaction, you must rely on the sanity of the accompanying person.

Neptune in the 8th house creates many life-threatening situations, but knowing where risks await, developing intuition, a person will always be able to bypass the main threats posed by the planet:

Since Neptune is a mystical planet, daily prayer practices, meditation (yoga, qigong, etc.) work it out at all levels. 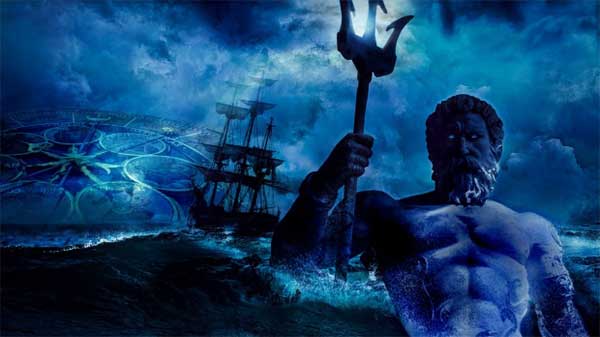 Impact of the zodiac signs

Attitudes towards death, risk and money are also formed by the sign of the zodiac, into which Neptune falls in the 8th house:

1. Aries, Leo, Sagittarius – life is a game, and death is just a transition to another level of existence. They take risks with pleasure, take loans, live in grand style. Diseases and accidents strike suddenly, but with good aspects they easily recover or avoid danger by miracle.

2. Gemini, Libra, Aquarius – a light attitude towards death, they are able to make a quick right decision, in an extreme situation, in sex they change partners in search of an original experimenter. In financial matters, they are fair – they defend the interests of all parties.

3. Taurus, Virgo, Capricorn – traditional and careful, rarely get caught, inclined to hoarding and make a will in advance, but honest in the distribution of funds. They strive to take the maximum from life, die, as a rule, in their bed from old age.

To concretize the threat of Neptune in the 8th house, it is necessary to evaluate other factors of its relationship with the planets and houses.

It is aspecting that influences the strengthening or weakening of the harmful Neptunian influence. Harmonious ties with Jupiter , the Sun , Venus and Saturn symbolize a prosperous happy marriage with a wealthy partner, a fortunate coincidence of circumstances when the Higher powers take a person away from the brink of death. Trine with Mercury gives an intuitive understanding of how to behave during a catastrophe in order to be saved.

The threat of water – drowning, poisoning, alcoholism, as well as strokes and heart attacks when squaring with the Moon , but you need to be especially careful with negative aspects with Mars, affecting the 1st, 4th and 6th houses – the likelihood of electric shock, for example, if you take up a faulty electrical appliance with wet hands, a lightning strike in a thunderstorm or gunshot wounds, and with a simultaneous configuration with the Moon – an attack by a shark or other sea predator. When defeated by Saturn – a feeling of guilt towards deceased relatives, the desire to unravel the mystery of death, difficulties in obtaining an inheritance.

Even with several negative aspects of Neptune in the 8th house, it is important not to panic, perceiving dire omens as certain points of danger that must be avoided on the path of life.