Uranus in the 1st house

Uranus is a planet of change, eccentricity, unexpected innovative currents, falling into the 1st house of the natal chart, which is responsible for appearance, demeanor and self-awareness in the world around it, creates a bright and unusual personality.

The cycle of travel of Uranus to the native's homes is 84 years, but being in the first one, he will motivate his ward for revolutionary actions all his life with a desire to change reality and his own appearance.

As a symbol of the highest heavenly gifts, Uranus endows with a strong intuition on the verge of psychic abilities, ingenuity, impartial insight, freed from morality and public opinion.

The success of a person with a strong Uranus in the 1st house will always be associated with resistance to the established rules, the struggle with dogmas, which can make him a brilliant inventor, designer, artist, but the affected planet creates ruthless leaders of military coups and dictators-tyrants. The positive aspects of Uranus give the native bright talents that were not previously on Earth.

Influence on appearance and character

A native with Uranus in the 1st house will stand out from the crowd even outwardly – the position of the planet gives an unusual element in appearance. It can be a different eye color and an unusual shade of hair (in combination with Pluto – bright red), too tall or disproportionately long legs. Several negative aspects can manifest in a physical defect at birth, such as a birthmark on the face.

The character of the owner of Uranus in the 1st house also makes him unforgettable for those around him – the originality of thinking, behavior and magnetic charisma make him a leader in any society.

The predominant features of this psychotype:

The main drawback, even with a strong position of Uranus, is the inability to live in the present moment, constant mental stay in a beautiful future. The defining moment in the formation of the personality is the protest against the upbringing of children: the Uranians strive to live contrary to the rules that their parents instill in them. Such a teenager cannot be forced to do something without his desire.

The study proceeds through the choice of a profession and hobbies related to the sphere of influence of Uranus – astronomy, astronautics, computer science, the Internet, quantum physics. When defeated, they become freaks or eccentric bicycle inventors, protesting against any habitual way of doing things in spite of, even to their own detriment. 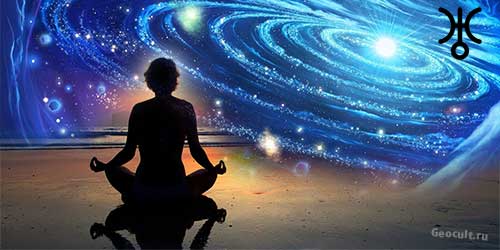 Strong and weak position in the birth chart

The best location of Uranus in the zodiac is the sign of Aquarius , corresponding to it with free thought and originality of self-expression. For a person with such a position, the road will be open for professional growth and the embodiment of their fantasies, especially in the presence of a strong position of Jupiter .

The exaltation of Uranus occurs in the sign of Scorpio with his gift to burn and be reborn from the ashes, transforming into a stronger personality. This gives artistic abilities, the ability to resist the opponents of the new and go towards the goal, but also gives the desire to endlessly wander and change partners, especially if Scorpio is in the 7th or 4th house.

The weak position of Uranus is in Leo, where his radicalism enters into opposition with the lion's egoism and imperiousness. Earthly aspirations and the practicality of the constellation Leo suppress uranian illusions and the thirst for freedom. The heavenly patron of the originals is also not comfortable in the signs of Taurus and Virgo, their pragmatism and earthiness are poorly combined with his rapid search for new forms and contents.

A native with a weak planetary position hardly adapts to changes, does not like moving and does not have a rich imagination. Uranus on the Ascendant speaks of probable success in professions related to television, cinema and programming, and also involves living in another country or frequent travel, and on the Descendant – a guest marriage or frequent change of partners.

The success and well-being of a native with a difficult Uranian character largely depends on harmonious or negative aspects with other planets. In conjunction with most of them, the opportunity is born to create new things in her sphere of influence. If it is Venus – experimental trends in art and music, Mercury – ingenious inventions in innovative technologies. Harmonious trines balance the restless energy of Uranus:

Struck by the squareness of Uranus in the natal chart (for example, with the Sun) provokes a conflict between fathers and children, a violation of traditions and the destruction of public morality. Especially dangerous is the confrontation with Mars, which inclines the native to revolutionary uprisings and mass terror, and in combination with the negative aspects of Neptune portends mental illness.