Uranus in the 6th house

Uranus is a planet that patronizes freedom-loving seekers of truth, getting into the 6th house , it brings innovative trends in several areas of a native’s life at once – a place of work, communication with colleagues, pets and personal health. The position of the planet contributes to the nervous and nervous behavior of the individual at work, in relations with subordinates and in the process of performing duties.

A person seems to prove to everyone that he has the right to a high position, not wanting to obey the established rules and work schedule, conflicts and worries if his ideas are not accepted immediately. At the same time, he is a tireless worker, whose goal is to bring maximum benefit to the common cause.

Irritability and irascibility with Uranus in the 6th house can be minimized by exercising at lunchtime or by exercising regularly. A dangerous position for soldiers and officers, in which there will be constant clashes with higher ranks. The owner of such an arrangement is better off choosing a free work schedule.

Routine duties make the owner of Uranus in the 6th house sad and angry, starting from early childhood. Such kids throw tantrums on the way to kindergarten, although later they can get carried away by communication with friends, new things and forget that they were protesting violently.

Schoolchildren throw away their notebooks with boring homework, and adults get annoyed and break down at home at the sight of a pile of unwashed dishes and unfinished linen. At the same time, they are enthusiastically engaged in the development of complex projects that are interesting to them and aimed at the benefit of humanity.

It is better for a person with Uranus in the 6th house to initially strive for a leadership position, but control internal dissatisfaction and irritability from the imperfection of the work process, so as not to be branded as a tyrant boss.

In matters of health, the native is passionate about alternative medicine, yoga, qigong and Reiki, everything that uses the forces of nature in healing. He can collect rare herbs or grow them at home, as well as create new healing systems, come up with decoction recipes and gymnastics complexes. The weak point is the nervous system, which suffers from even a little stress.

The owner of Uranus in the 6th house intuitively chooses freedom-loving and exotic pets, even if it is a cat, then a rare breed. If possible, he will gladly acquire snakes, monitor lizards and leopards. His workplace is equipped with technical innovations from the field of electronics and computer innovation. A native may dress strangely and prefer offensive food combinations. 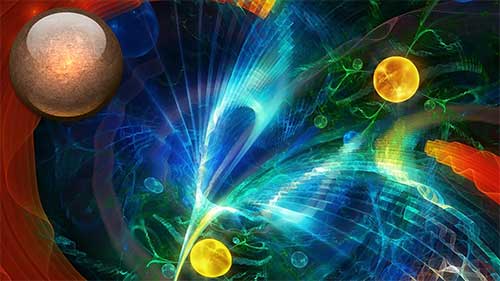 Zodiac signs of Uranus and the nuances of their impact

The symbolic owner of the 6th house is Virgo, her energy structures the chaotic Uranic movement towards freedom – the native carefully and meticulously studies progressive methods of healing and improving work activities. This situation is favorable for scientists and researchers, documentary writers, programmers and filmmakers. Self-realization largely depends on the position of the planet in the zodiac sign, which falls into the 6th house:

1. Aries, Sagittarius, Leo – painful vanity and a desire to prove their worth, combined with self-doubt and a desire to feel the admiration of others. With harmonious aspects, fair and generous leaders, quick-tempered, but easy-going. In the position of a subordinate with a narrow range of responsibilities, they fall into depression, it is necessary to head at least a small department in order to improve the psychological state. Propensity to allergies and colds.

2. Gemini, Libra, Aquarius – an intellectual social circle at work, colleagues are often disorganized or have a free schedule, and are more interested in improving the design and office environment than in the work process, which annoys the native. With this position of the planet, it is easy for him to realize the natural agility of the mind, mastery of the word and inventive ability. A good career in the beauty industry, media, electronics. Health is taken lightly.

3. Virgo, Taurus, Capricorn – it is advisable to isolate the desktop so that colleagues do not interfere with focusing on business. The team is mostly female. It is easy for a native to work in the field of administration and research, recruiting, or running a small business, such as atelier, cafe, souvenir making. Lead a healthy lifestyle.

4. Cancer, Pisces, Scorpio are the most freedom-loving and optional employees. As a chief, they prefer to manage the office by phone, or even better, relaxing by the sea and receiving reports on the Internet. With funds, they are actively involved in charity work. They need not just work, but service to a higher purpose. For this, medicine is ideal, the development of effective drugs, the creation of works of art. They are very concerned about the state of their health, they are constantly being treated for real and contrived diseases.

If Uranus in the 6th house is damaged by harmful aspects with Saturn , Neptune , Moon , Mercury , then the native’s health and career are at risk. He is not respected by his colleagues and not appreciated by his superiors. Even in a leadership position, he will face intrigue and gossip behind his back. Life energy will be spent on deeds that no one will appreciate.

He will often have to change jobs or the business will burn out, both figuratively and literally, if there is a strong opposition with Mars and Pluto. The death of pets or the threat of danger from their side is possible.

Trines and sextiles with Jupiter, the Sun and Mercury are very favorable, which will raise the native to the top of a brilliant career, provide an excellent team and working conditions, despite the temper and willfulness of his character. Harmonious aspects with Moon , Venus and Neptune will surround him with an atmosphere of comfort and goodwill in any place of professional activity, during which he can meet the love of his life.