People born under the sign of Capricorn are distinguished by their incredible dedication and resilience to various kinds of life's difficulties. The characteristic of Capricorn is the embodiment of strength and spirit, be it a woman or a man. There is no such task that this true representative of the borrowed element could not cope with. At the same time, they are proud and self-confident, which often causes conflicts with others and misunderstandings in relationships with loved ones. 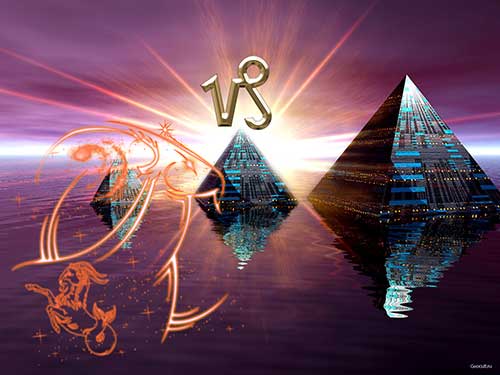 Capricorn has the only weakness – the inability to establish contacts with the outside world, which causes serious mental suffering to this sign. Often this deficiency creates additional difficulties on the way to the fulfillment of cherished desires. Usually Capricorn has to be content with a rather narrow circle of chosen people who are able to understand him.

The characteristic of Capricorns shows that they are born conservatives, they very highly value the established moral foundations of the family and the society in which they move. Traditions and moral restrictions become the only restraining force for an earthly person that prevents them from fully demonstrating their desire for power. Among the most brutal dictators around the world, Capricorns are the most, because they have a real storm in their souls, giving impetus to an irrepressible desire to suppress others.

Outwardly imperturbable and incredibly calm, this earthly man clearly knows what he wants from life and systematically goes to achieve his goal. The characteristic of the Capricorn man speaks of the presence of extraordinary willpower, which makes the representative of this sign the most disciplined of the entire zodiacal circle. The Capricorn man is invulnerable, it is impossible to argue with him, because he is convinced that his opinion should be the only correct one.

Capricorn sees its main task as achieving public recognition and receiving all the benefits that are bestowed on avid careerists. He craves power, money, and this is not an empty phrase for him. Capricorn, who has not achieved anything in life, is a rare phenomenon, because these people are so demanding of themselves and those around them that it is almost impossible to go astray. At the same time, Capricorn does not like cunning, he is so direct and honest with himself that he prefers hard work to any adventures.

The characteristics of the Capricorn man testify to his reliability and down-to-earthness. Even in his romantic dreams, he presents rather tangible objects and strives only for what he considers possible to receive. In a relationship with a chosen one, Capricorn will be honest and open. He will not build castles in the air and promise the deliberately unattainable. But if this man outlined the horizons that he is going to conquer for his beloved, she can be sure that this will happen.

Perhaps Capricorn lacks sensuality, and his woman will suffer from his excessive straightforwardness and desire to rationalize everything. He is often categorical and is able to cruelly offend his partner with a careless statement, however, every woman who has chosen Capricorn as her spouse can have no doubt that their family ties will be strong and reliable, and the man of this sign will take upon himself the entire material basis of life together.

Taking full responsibility for the family, Capricorn very carefully and carefully chooses a life partner. She must certainly be smart, reasonable, have good taste and good looks. The lady whom Capricorn marries will make an indelible impression on those around him.

No other representative of the zodiacal circle can boast of such independence and an almost painful desire for independence. This woman is the embodiment of practicality, purposefulness, she thoroughly approaches any issue. The characteristic of the Capricorn woman suggests that this lady is very diligent in business and tries to surpass everyone, even if she does not have special talents. 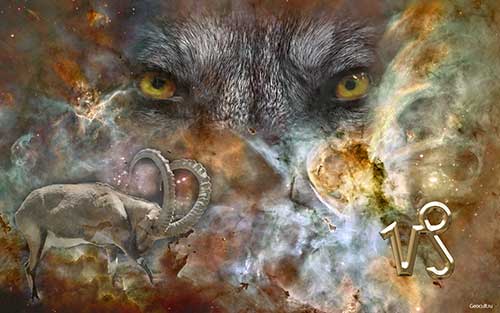 Most women born under the sign of Capricorn are very attractive, while their beauty only becomes brighter over the years. The characteristic of a Capricorn woman indicates that she has a large number of complexes formed in childhood, as a rule, due to not too cordial relations with her parents. All her life, this lady has been trying to overcome them, and the paths are not the easiest ones to choose. For years she has inspired herself with the idea that all problems can be solved by hard work and achieving a good position in society. Therefore, all her efforts are aimed at career development. Nevertheless, the family for the Capricorn woman is something sacred. Lacking a loving husband and adored children, she loses interest in everything. Even to the money and authority, which she managed to achieve with incredible efforts. For this earthly woman, the warmth of the hearth and understanding of loved ones are very important.

The characteristic of Capricorn women reflects qualities such as openness and directness in communication. This lady is not used to cunning in any of its forms. In addition, she sincerely believes that everything in life is given according to merit, and if something is too easy to achieve, difficulties will arise in the future.

Possessing great inner strength, the Capricorn woman wants to see an even stronger man next to her. One of the main requirements for a partner is the ability to provide the material basis for their cohabitation. Even if she herself earns good money, she still needs the financial support of the chosen one, this shows her down-to-earthness.

In his youth, the best couple with Capricorn will be representatives of his native, earthly element – Taurus and Virgo . Here, all three signs can find the stability they need so much. After 30 years, the best partner for Capricorn is Scorpio , as he has the business acumen, intelligence and cunning that so admire the earth sign. After 40 years, Capricorns become more spiritual and begin to lean towards humanistic aspirations. Here , Pisces , who are naturally inclined to self-sacrifice, will become an excellent companion for them .