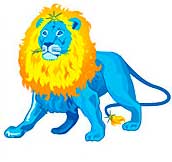 Leo is a noble creature. His majestic gait and condescending attitude towards those around him give him the real King of beasts. The Fire Release adds energy and lazy strength to Leo. Leo's overconfidence cannot be compared to the conceit of any of the zodiac signs. It is interesting that the ambitions in the characterization of this sign are extended only to the expectation of gifts from fate. Despite his activity, he is not inclined to show special purposefulness in achieving what he wants. When his life goes to a higher level, Leo takes it for granted.

Leo believes that there is no such person nearby who will be worthy to criticize his royal person. Leo also has certain rules in choosing friends. Usually, potentially useful people or business partners are among the acquaintances of this fiery man. The desire for money and power, as well as the love of luxury, are the hallmarks of Leo. He is used to evaluating everything around him through the prism of a material basis, and this often ruins him.

The characteristic of the Leo man, born under the sign of the Sun, shows that he craves attention to his person. The audience should admire his exclusivity without showing a shadow of doubt about his talent, beauty and intelligence. In life, the Leo man chooses the role of a player. He is used to taking everything that is due to him, without worrying about the excess of money, clothes, attention of women, since this is his element. In order to awaken passion in a man born under the sign of Leo, you need to admire his physical and spiritual qualities every minute. Then Leo will become an unsurpassed lover, husband and father. 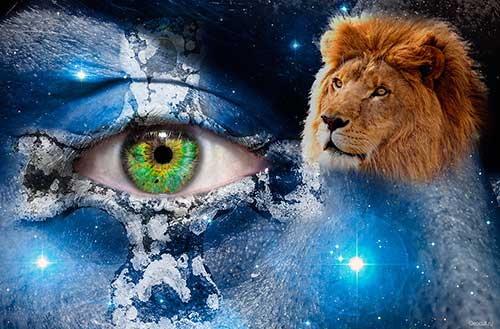 When a Leo man is looking for a life partner, he tries to win the heart of the most worthy woman, while he is so confident in his irresistibility that this conquers all the girls in the district. In the matter of seducing the one who should share his great fate with him, Leo is an unsurpassed master. He spares no money and effort to create a romantic halo of love and passion around the chosen one. Among the obvious disadvantages that determine the characteristics of the Leo man are his unbearable jealousy and hot temper. It is enough for a Leo woman to cast a careless glance to the side, and a major quarrel is guaranteed. Only that representative of the fair sex can build a relationship with him who can instill in him a sense of stability and will be truly loyal to Leo.

The Leo man is very proud, criticizing him is like playing with fire. He is also afraid of being ridiculed and insulted, in his opinion, undeservedly. The characteristic of a Leo man suggests that he is a typical extrovert. Among his qualities are generosity, a kind attitude towards the weak and a great love for communication. He has a sense of humor, unless jokes are directed at him. This fiery man can be a good friend and is able to take risks for the sake of his loved ones.

The marriage of Leo will be harmonious if his lady of the heart unravels the laws by which her partner lives. When everything in the house revolves around Leo, he is happy. In such an atmosphere, one cannot find a more tender and loving spouse.

A lioness is always confident that she is right. She cannot bear the domination of a man over herself, because she is used to acting, listening only to the voice of her mind.

A woman born under the sign of Leo is not difficult to recognize in the crowd. She has a noble grandeur and a rather eccentric demeanor. The eyes of men are always turned to the Lioness, and she believes that everyone around must be in love with her person. The characteristic of a Leo woman testifies to her boundless charm. Even being confident in her own irresistibility, this lady will not cause the slightest irritation among others, since she has a warm smile and a disarming look.

For the sake of fairness, it is worth noting that the Lioness's conceit is usually not devoid of foundation. These sunny women, as a rule, have beauty and grace, combined with a lively mind and innate diplomacy. The characteristic of the Leo woman is a reminder to all men that the Lioness does not lend itself to taming, you can only earn her favor by buying expensive gifts and doing beautiful deeds in her honor. In addition, a man who has become the chosen one of such a lady must be physically attractive, intellectually developed and wealthy enough to surround his beloved with luxury. 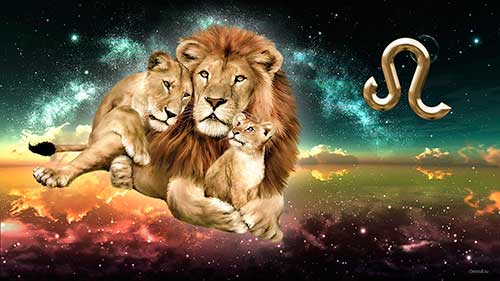 The characteristic of a Leo woman also speaks of her ability to be creative. In the role of wife and mother, the Lioness is great. As a hostess, she is amazingly talented. The fiery woman often finds pleasure in creating a beautiful and comfortable environment for her home, while not sparing money for luxury goods. The presence of her delicate taste cannot be questioned. However, leaving her career in order to constantly maintain a warm atmosphere in the house is far from her vocation. The Leo woman is a queen, and any man should know this.

In their younger years, Leo is especially energetic and will find their happiness in the arms of Aries or Sagittarius . A little later , Cancer will make a good party for him , which can give Leo a constant confirmation of his own exceptionalism. Alliances with air signs should be avoided, since understanding in such a relationship is not achievable.