Saturn in the 2nd house

Saturn is a malevolent planet, and its presence in one of the houses of the horoscope will tell you about in which area of ​​life the native is experiencing the greatest difficulties. The 2nd house of the radix indicates the native's financial circumstances and describes his ability to make money. The owner of Saturn in the 2nd house of the horoscope is forced to work hard and hard in order to get a livelihood. He rarely shines with free financial luck. Everything he has, he has earned through hard work.

Saturn is the planet of limitations and hardships, and it may seem that a subject with this planet in the 2nd house will need all his life. Practice shows that this is not the case. Of course, such a person will always be afraid of poverty. But this is what will spur him on to earnings and gain financial solvency. Such people will not sit idly by waiting for an inheritance or an unexpected win in the lottery. They rely only on themselves and their internal resources.

The owner of the horoscope is hardworking, thrifty and practical. He does not like and does not know how to spend money on empty entertainment and unnecessary things. Such people cherish every penny, since it is not easy for them. Meanwhile, it is the owner of Saturn in the 2nd house who often accumulates impressive amounts of money and makes serious purchases. Most of all, he does not like to borrow or lend, and if this happens, then the subject is trying with all his might to restore the monetary balance. Maintaining a financial balance is a guarantee of the native's material stability.

The owner of the horoscope skillfully conducts business in business, but he does not go to large transactions right away. He is prudent and careful enough to risk his capital. Any step is carefully thought out and weighed, and therefore financial transactions, as a rule, are successful. Of course, in the life of such people there are no super profits, since they do not go on speculation and monetary adventures. But there are no significant financial failures either.

The native gravitates towards a reliable investment of funds, but even reputable banks sometimes do not inspire confidence in the native. Most often, he seeks to acquire real estate and land, and in the second half of their lives, most of these people have their own homes. The financial success of the owners of Saturn in the 2nd house can be associated with their ability to clearly control their income and expenses. In addition, the owner of Saturn in the 2nd house knows how to make practical purchases. The things they have acquired serve him for many years.

The income of the owner of Saturn in the 2nd field can be associated with renting houses and apartments, with agriculture, gardening and farming. In addition, the native may prefer to work in government agencies. Salaries in such organizations may be low, but a reliable job is an advantage for the native, and he will hold on to his job to the last, even if he is not satisfied with much. 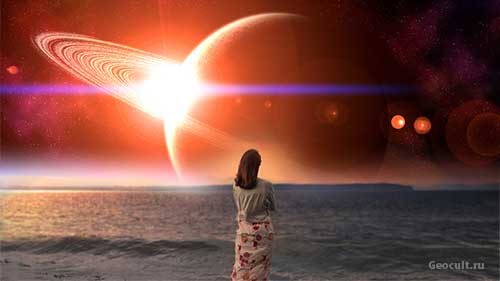 Saturn, its strength and aspects

Aspects of the planet in the 2nd house of the radix and its essential power will tell you how successful the native will be in the financial sphere.

The tense aspects and essential weakness of Saturn (a planet in Cancer , in Aries ) will tell about the native's greed and stinginess. If the negative aspects are formed by conflicting planets – Mars , Pluto and Jupiter , then the topic of finance will be the most exciting in human life. Conflict situations and proceedings can be around money. A person will spend a lot of energy on earning money and still not be happy with the result.

The harmonious aspects and essential strength of the planet in question (Saturn in Libra , in Capricorn ) testify to the thrift, practicality and frugality of the subject. Whatever crisis befalls him, he will always have the funds set aside earlier for a rainy day. Strict economy and order in finances will keep you afloat in difficult times.