Saturn in the 3rd house

Saturn symbolizes time, work, obstacles and limitations, and its influence on the Third House of the horoscope affects such areas of life as learning, communication, communication, travel, interaction with close relatives.

The owner of Saturn in the 3rd house learns from childhood to overcome barriers in communication. His speech apparatus develops more slowly, and speech defects make him even more withdrawn and shy. It is not easy for such a person to open up to strangers, so his social circle is rather narrow.

The native's brothers and sisters can be people with a difficult fate and a difficult character. They will play an important role in the native's life, and relationships with them will vary from problematic to constructive at different times.

The owner of Saturn in the 3rd house makes the impression on those around him of a secretive, withdrawn, unfriendly, but at the same time a serious and reasonable person. Such people will not shake the air in vain and waste their time on empty talk. They tend to carry on their ideas for a long time. The owner of the horoscope shares with other people only those ideas that are fully formed and in the effectiveness of which he is one hundred percent sure.

Sometimes it seems that the subject with Saturn in the field in question is slow to think. But still, such a person should not be called a slow-witted. He assimilates new information for a long time, but if he has learned something, he can reproduce his knowledge years later. The native's mind is solid, accurate, and the knowledge gained is clearly structured and systematized.

The owner of the horoscope is inclined to any intellectual activity. If he is busy with writing, then he spends a lot of effort on the selection of the necessary material, its systematization, correction and logical presentation. Such works take a long time to write and, as a rule, take a long time to read, as they are replete with various details, clarifications and links.

People with Saturn in the 3rd field can be effective in writing various rules and regulations. They themselves devote a lot of time to studying regulatory documents and technical documentation. Before using the device, they learn about its correct use.

The owner of Saturn in the 3rd house of the horoscope can stand out for good mathematical abilities, as well as administrative talents. In his life there may be many business trips, business negotiations, meetings, etc.

If the subject purchases a vehicle, then most often it is quite modest, small in size, but functional. For such a person, a car is rarely a matter of luxury and pride, but it perfectly fulfills all the functions assigned to it. 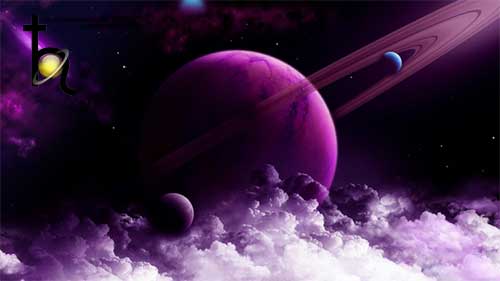 The most fruitful and efficient mind of the owners of the essential strong Saturn. People with Saturn in Capricorn and Libra are attentive, observant, consistent and know how to solve problems through diplomacy.

A subject with a weak Saturn in the 3rd field (for example, located in Cancer or in Aries ), lack of concentration, laziness, inaccuracy and fussiness interfere with achieving success in the chosen activity.

A person with a strong and harmonious Saturn in the 3rd house is in a more advantageous position. He boasts a good memory, clarity of presentation of thoughts, fundamental knowledge and excellent ability to plan his actions.

If Saturn is negatively aspected in the house of the horoscope in question, then the subject is often immersed in memories of the past, is distinguished by an evil language and retrograde thinking. He is highly distrustful of new, progressive thoughts and prefers to stick to old and tried-and-true business solutions.