Jupiter in the 10th house

If Jupiter is located in one of the corner houses of the birth chart , then a person can count on early success in life and luck in business. The tenth house is responsible for professional realization and career, and therefore the owner of Jupiter in this field has an excellent chance to reach heights in his activities and achieve recognition of his merits.

The 10th house symbolizes both the superior and the parents (mostly the mother). Since Jupiter is a good planet, the subject can hope for the patronage of his immediate leaders, and the mother will have a beneficial effect on his fate, helping him and finding his way in life and giving wise advice.

Propensities and character traits of the native

The owner of Jupiter in the 10th house is energetic, ambitious and seeks to constantly expand his spheres of influence. He knows his worth and knows how to demonstrate to those around him his talents, knowledge and skills. Such a person, as a rule, achieves a high social status and well-being. At the same time, he wholeheartedly wishes good to other people.

In his opinion, everyone has the right to a happy and well-to-do life, to receive a good education and to choose an activity corresponding to his interests and natural inclinations. The surrounding people appreciate the owner of Jupiter in the 10th house for his benevolence, humanistic views and breadth of mind.

The native himself gets the greatest pleasure from fulfilling his official duties. Work for him is not a routine and not only an opportunity to earn money. He sees in his activity the highest meaning (educational, enlightenment, etc.), as well as inexhaustible opportunities for creativity and self-development.

A native, as a rule, has humane leaders, and he himself becomes a humane boss who promotes and encourages his protégés in every possible way. He knows how to orient a person in a life situation, inspire him to labor exploits and instill hope for a successful outcome of affairs.

The owner of the horoscope can realize his abilities in teaching, medical and scientific activities. He can make a good researcher, lawyer, philosopher and religious figure. The native's activity can be related to literature, tourism, sports and any creative activity. 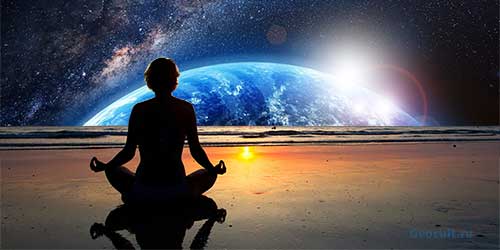 In order to draw up a business horoscope, it is necessary to analyze the quality of the aspects of Jupiter in the 10th house. If a luminary has the most harmonious aspects, then nothing threatens the native's position as a whole. Professional failures pass him by, and life ups one after another contribute to the native's ascent.

If Jupiter has many negative aspects, then the native is often too self-confident and power-hungry. Rash decisions, risks and miscalculations in business lead to the loss of the positions won in the career, and the professional path has to be started anew. But since Jupiter is a good luminary, the subject soon gets another high post and quickly regains his financial position.

The signs of the zodiac, in which Jupiter is in the 10th house, will communicate in which area the subject seeks to become an authority and which activities will bring him the greatest success.

For example, if Jupiter is in the air sign of Aquarius , then the native can succeed in any intellectual activity: journalistic, research, scientific and inventive. The person will show great social activity and interest in the affairs of the team, which will bring him fame and popularity.

In order to assess the potential career opportunities of a native, one needs to analyze the strength of the planet. Jupiter in Cancer , Sagittarius and Pisces will give the native greater success and influence than the luminary in Capricorn , Virgo or Gemini .