Apatite – the magical properties of the stone

Apatite is a transparent ornamental mineral with a cool sheen, available in all colors of the rainbow. Containing phosphates and calcium, it grows in the form of geometrically shaped crystalline druses, which grow up to 10 meters high.

The mineral belongs to the “deceitful” rocks, which prompted the German scientist of the 18th century A. Werner to give him the name “apatite”, after the same root ancient Greek word, since he himself at first confused it with beryl . The varieties of the mineral are so extensive that it is easy to confuse them with amethyst , aquamarine , tourmaline and topaz in appearance, although their composition and esoteric properties are completely different.

In his scientific works, Werner noted that the brilliance of the stone seems to cloud the mind and make one believe that it is another mineral. The mysterious stones mentioned in the writings of Plato and used by physicians in Atlantis for hypnosis for the purpose of healing and for crowd control had a similar influence. Modern scientists have identified three groups of the “blende” mineral:

Despite their amazing beauty, stones are rarely used for jewelry – they are very fragile and require painstaking cutting. Only knowledgeable esotericists order talismans from it and place large crystals in the house.

Most of the fossil goes to the production of phosphorus for medicine, glass and metallurgical industries and the preparation of phosphate fertilizers. 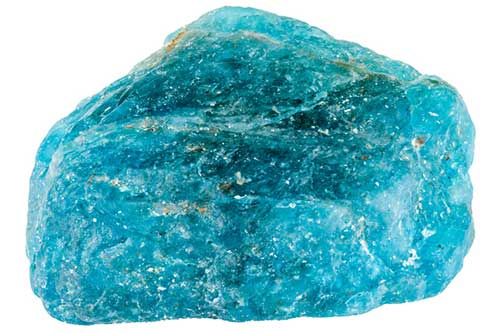 Esotericists have studied the magical powers of apatite for two centuries, and were surprised by its versatile influence – shy and timid people begin to believe in themselves and fulfill their karmic destiny. The mineral inspires its owner to be creative and express themselves in any area they like.

The apatite ring or pendant must be made so that it makes contact with the skin. Knowing how to adapt to the energy vibrations of any creature, from a stone to a person, it becomes a powerful personal amulet: in the event of impending danger or in the presence of an enemy, the stone burns the host’s skin, sometimes to a visible redness. Other notable magical properties include:

In no case should you transfer personal jewelry with apatite to another. The faithful crystal is energetically closely soldered to the first owner, it will not withstand betrayal and will collapse.

With the help of this mineral, doctors of antiquity introduced patients into a hypnotic trance, which even made it possible to carry out some operations, for example, the removal of a diseased tooth. Due to the high content of phosphorus and calcium, the stone has an energetically beneficial effect on strengthening the enamel of the teeth, the skeletal system and on the brain, while helping to better assimilate similar minerals from food. Depending on the color, it will successfully heal other organs as well:

1. Green and white apatite – heals pathologies of the respiratory system. With frequent bronchitis, asthma and even sore throat, it is necessary to wear them in the form of beads or a large pendant at chest level;

2. Brown-yellow – gently affect the gastrointestinal tract with gastritis and pancreatitis;

3. Dark green and red – harmonize the work of the heart and normalize the pressure, at the same time calming the nervous system;

4. Sky blue – will cure the child from lung diseases – asthma, pneumonia, as well as protect against any viral infection and neurological problems. For babies, apatite is shown as the prevention of rickets, it is enough just to place a large crystal near the baby;

An important detail – if the stone has become dull, it means that health is deteriorating, and it does not hurt to make an appointment with a doctor for a comprehensive examination. 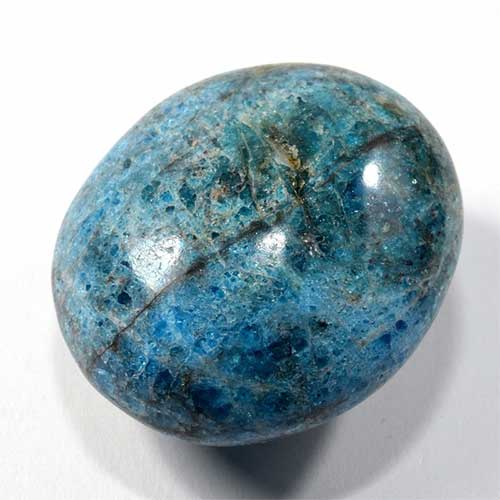 Children’s joyful energy of apatite will suit any horoscope sign , except for Pisces , who will become too passive and lazy under its relaxing effect. But the fiery Leos , Aries and Sagittarius he subtract the degree of egotism and narcissism, Virgo and Capricorn , on the contrary, increase the degree of cheerfulness, and Gemini and Libra will make it more tolerant of other people’s shortcomings.

The patron planet of the crystal is Mercury , responsible for eloquence, self-expression, commercial success, dexterity and cunning. His weak position in the personal horoscope slows down the learning process, does not allow him to express thoughts coherently and create friendly and business relationships. It is apatite that can help with the difficult position of Mercury in the natal chart:

1. In Pisces and Sagittarius – the weakest location can be harmonized by wearing minerals of any shade in the form of a bracelet on the leg, in extreme cases, on both hands. A large ring on the middle finger is also suitable;

2. Opposition Saturn-Mercury – blue apatite will soften the desire to go against fate ahead, proving its independence from the karmic tasks of Saturn. Its cool energy harmonizes the mind and helps the native to manifest the power of the mind in the best way;

3. Square Mercury-Venus – the green crystal will turn on the heart chakra and improve speaking skills, which will manifest itself in the ability to establish strong personal relationships.

Despite the fact that apatite is an inexpensive and non-precious stone, its protective and healing properties are truly priceless.