Jade – the magical properties of the stone

Jade is an opaque semi-precious mineral, predominantly of the color of spring green, and, at the same time, a petrified elixir of happiness and longevity, which came from the East. Its name comes from the Greek “nephros”, which translates as “kidney”, since the Greeks were the first to know about its healing effect on this organ and passed on the knowledge further. Now jade is within everyone's means, and once, in ancient China, it was worn only by representatives of the imperial family and the aristocracy, and not only because it was worth its weight in gold, but also because of its powerful magical properties.

The stone gave its owner health at all levels of the body and mind, and wealth, which in the Chinese sense also means boundless happiness. They were inlaid with rods, chariots, headboards of the bed of the emperor and the court nobility, rich Chinese women wore exclusively jade jewelry, and at the imperial receptions the music of a jade lithophone sounded – an instrument that included the thinnest plates of a green mineral that harmonized space.

Even the dishes were made of jade, it was noticed that water and food in such bowls did not deteriorate even on hot days. He was also appreciated by the Mongols, who buried Tamerlane in a grandiose jade sarcophagus. In Russia, the stone of happiness began to be mined at the beginning of the 19th century – the green mineral had inclusions and streaks of emerald and black colors, and they called it – jade. Products made of solid green stone were donated to the Russian imperial family by the ruling Chinese dynasty, and only they had it.

It is the most durable mineral of the semi-precious line, and its color depends on the admixtures of calcium, iron and chromium. The most valuable is the usual plain green, but there are other shades: pink-scarlet, blue, black and gray-white, although they are much less common. 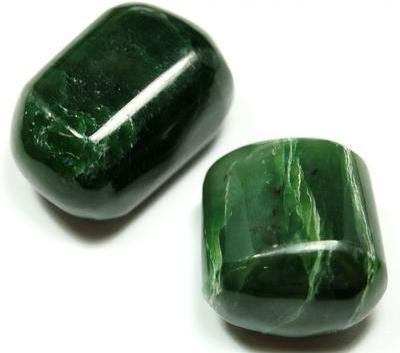 Chinese sages believed that jade of a solid green color is capable of correcting everything wrong, both materially and spiritually. Esotericists still consider him to bestow immortality and remove all obstacles from the path of the owner. In the notes of Count Cagliostro there was a line about the powder of jade, which he added to the elixir of immortality.

If a person makes a wrong decision that leads to trouble, the stone darkens or changes color. The same thing happens at the threshold of the disease. Jade is an excellent money talisman, attracting not only an improvement in prosperity, but streams of true wealth and an abundance of opportunities. The green pyramid and turtle in the southeast of the house will attract monetary success, while the jade horse in the north will have an unexpected career takeoff.

Minerals of other shades affect the life of the wearer in different ways:

blue – gives youth for many years, but in return gives spiritual tests, during which the soul is improved;

yellow – a rare sunny shade helps to attract get rich quick in ways favorable to the owner;

red – saves the owner from both his own aggressiveness and intruders;

black – jewelry and sculptures from it are suitable for magicians and teachers, as they enhance the work of the third eye and the connection with the Higher mind.

The stone should not be worn by children under 7 years of age, and adults should take it off at night. 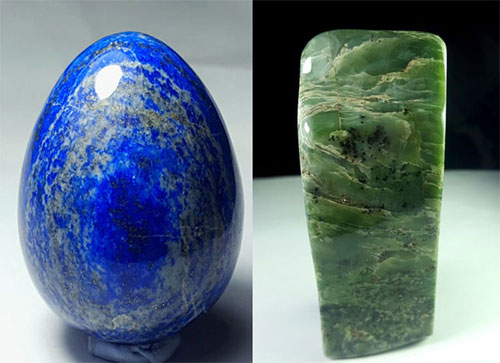 Jade does not like people who smoke and drink. They can wear it for medicinal purposes, but then they will have to prepare for a thorough cleansing of the body, since this mineral frees the owner from any painful addictions. This is a stone of people whose spirit is strong and ready not only to accept, but also to keep what has been achieved. With regular contact with jade, you can be cured of:

1. Diseases of the kidneys and urinary system – in stone therapy, cotton bags filled with jade are used as heating pads. They are placed on sore spots or light massage in a clockwise direction;

2. Skin diseases – it is necessary to stroke the problem areas with a small massager, the roller of which is made of jade. For women, such a daily massage will be useful for natural rejuvenation and healing of the facial skin;

3. Infertility – jade inserts on the belt will help to heal from inflammation in the pelvic area, and the beads will help to easily transfer pregnancy;

4. Depression and insomnia – the green mineral of health will get rid of them, unnoticed by the owner.

Jade does not tolerate gold, it should only be set in silver and washed regularly with running water. 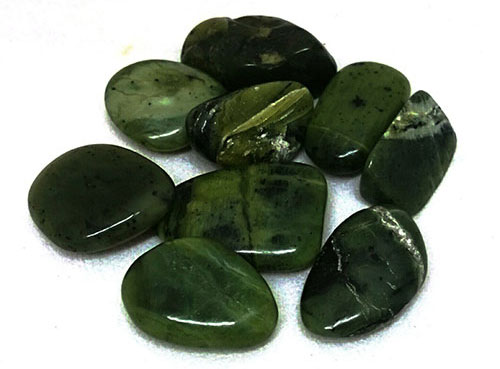 The patron planets of jade are Venus and Neptune , respectively, this stone is ideal for Libra , Taurus and Pisces . However, energetically, the constellation of Virgo is very close to jade , therefore, its representatives, when choosing a green shade, will attract health, wealth and success into their lives, especially if the jade bracelet is on their right hand for at least 7 hours a day. A similar decoration will bring health and career advancement to Libra.

Aries , Leos and Sagittarians suitable mineral reds, Scorpios and Cancers – blue, and Capricorn will fill the power of the black stone. Green has too much energy for these signs.

The stone from all diseases will have a miraculous effect when the 6th house of the horoscope is affected, which is responsible for health and work.

If in the natal chart Neptune is in Virgo and any fire sign, and Venus is in Aries, Virgo, or Scorpio, then such a weakened position requires correction with green jade, which will return the owner to sensuality, cheerfulness and a creative approach to life.