Jadeite – the magical properties of the stone

Jadeite is a translucent green mineral of the group of alkaline pyroxenes with sodium and aluminum silicates. It is often confused with jade . However, the color of jadeite goes into an emerald tone and has overflows inside, besides, it has a fine-grained structure, unlike fibrous jade, it is stronger and can also be lilac, scarlet, white, yellow and black.

In jewelry, imperial jadeite is used – a juicy uniform color of summer greenery. Outwardly, it is very similar to an emerald , and large specimens are rated higher than diamonds . Its name comes from the Spanish “déjade” – kidney, because the conquistadors learned from the Aztecs that the stone relieves pain in renal colic, and under this name it was introduced in Europe.

The Chinese were the first to learn about these and other useful properties more than 3 thousand years ago. They decorated clothes with bright green beads, craftsmen carved vases in which the flowers did not wither for a long time, which was the reason for the manufacture of jadeite tanks for storing water in wealthy homes. The huge Buddha statue in Shanghai is made of white jade and still exists today. The Aztecs and Incas admired the beauty of green and red stones, carved figurines of gods and amulets from them to scare away evil spirits.

The Romans decorated whole halls of thermal baths with green plates, and now it has been scientifically proven that jadeite at high temperatures releases silicic acid and beneficial ions that cleanse the lungs of toxins and strengthen the immune system. In Russia and Europe, wealthy people order such rooms for their private saunas.

In Russia, jadeite began to be used along with malachite in the 19th century, after the discovery of rich deposits in the Urals. Beautiful figurines and chess were carved from it, necklaces and rings were made. 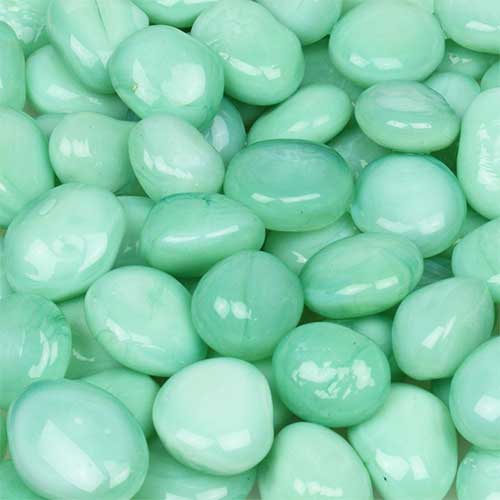 The shade of the mineral is sometimes so bright that it is difficult to look at it for a long time. Such specimens are used as personal amulets – they reflect the evil looks and thoughts of envious people back to those who emit them, and large stones, or souvenirs made from them, dissipate the negative energy of sha in rooms with disturbed Feng Shui harmony , which was especially appreciated in ancient China …

Jadeite is a stone of self-confidence based on unconditional acceptance of one's personality. It is necessary for dependent and weak-willed people if they decide to change the character and attitude of others to themselves.

In northern Russian villages, young men, when they came of age, were given a spearhead or jadeite knife to strengthen their willpower and military spirit. Modern teens will appreciate a beautiful keychain or phone stand made of a magic mineral. In addition, it will protect against:

Large stones or figures from them, located along the perimeter of the garden, will help to grow a bountiful harvest and create an invisible but powerful protective field during bad weather.

Like many years ago, lithotherapists recommend green jadeite for the treatment and prevention of renal diseases, as well as for stabilizing the pressure caused by the malfunction of this organ. Jewelry with minerals of any color will restore the state of the nervous system after stress, and some diseases are recommended to be influenced by specific shades:

The brightest, emerald-like specimens are advised by lithotherapists to be worn in the form of a ring on the little finger or index finger of the left hand, to improve vision with myopia. 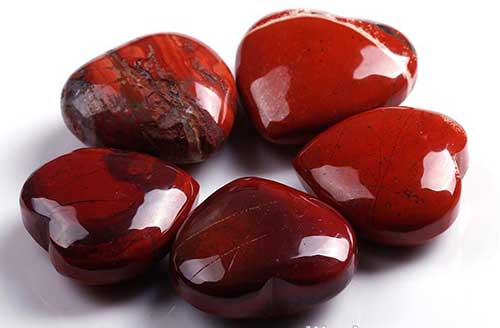 Jadeite is patronized by three planets at once – Saturn , Venus and the Moon . However, it will not harm any of the signs, except for Capricorns , who do not tolerate the increase in lunar energy and become gloomy and apathetic. Cancers and Scorpions are psychologically suppressed by its energy, which will result in an attack of pessimism.

But Libra and Virgo flourish under its influence, receiving the missing energy for the confident achievement of goals. For Leo , Sagittarius and Aries, jadeite helps to improve relationships with children without excessive authoritarianism, and Aquarius and Gemini – to avoid dangerous situations due to their inherent intemperance.

The strong energy of the Moon and Venus allows jadeite to be used as an astrological “medicine” for people with a weak position of Mars in the natal chart : in Libra, Cancer and Taurus, which is often expressed as excessive aggressiveness or weakness.

Sometimes, even with a strong Mars, a person gets used to excellence in sports and military affairs and stops developing. The green mineral will give the inner impetus to move forward. He will also help to avoid the karmic traps of Saturn, lead you on the right path at the level of intuition. Affected Moon and Venus, especially when squaring with each other, provoke complications in personal life, conflicts with spouses. Jadeite will balance this imbalance and bring harmony back to the family.